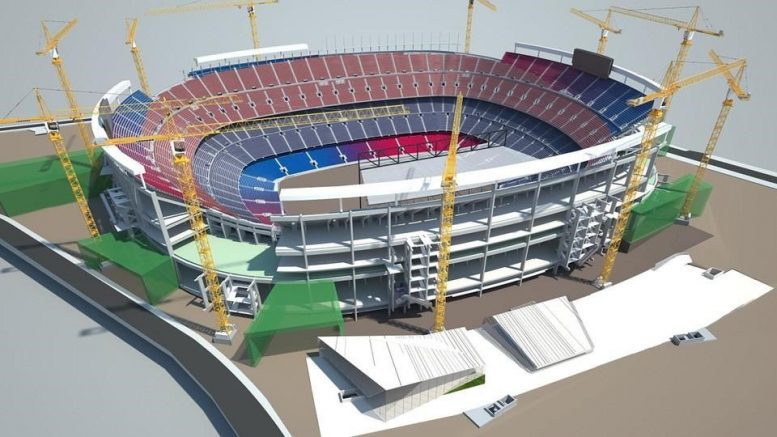 Barcelona Football Club member delegates attending the 2018 General Assembly on Saturday had the opportunity to see the latest developments in the Espai Barça, a project that will completely transform all Club venues, including the iconic Camp Nou.

The Espai Barça project, which is expected to be completed by the 2023-2024 season, will be an example of the best practices in energy efficiency and environmental sustainability.

Espai Barça will be integrated harmoniously within Barcelona’s Les Corts neighbourhood and will include the construction of the New Camp Nou, which will hold around 105,000 spectators, maintaining its reign as the largest stadium in Europe. A new Palau Blaugrana (arena) for 12,500 spectators will be built on the site of the current Mini Estadi.

The scope of the proposal also includes moving the Mini Estadi to the Estadi Johan Cruyff, near FC Barcelona’s Training Centre in Sant Joan Despí. The development of club activities where the current Palau Blaugrana is located, including offices, the Camp Nou Megastore and dining options, will see the creation of open areas and public pathways that will better integrate club activities with the surrounding community as well as improve accessibility and parking.

The project, which is expected to be completed by the 2023-2024 season, will be an example of the best practices in energy efficiency and environmental sustainability.

The member delegates in attendance at the General Assembly also gave their approval in two economic votes held. The delegates approved the 2017/18 economic report, which was presented by Board Treasurer Enric Tombas and which showed revenues of €914m ($1.05bn). The vote was 721 yea, 98 nay, and 51 blank. The figure of €914m also means Barça is the first sports club in history to have topped the $1bn mark in revenues.