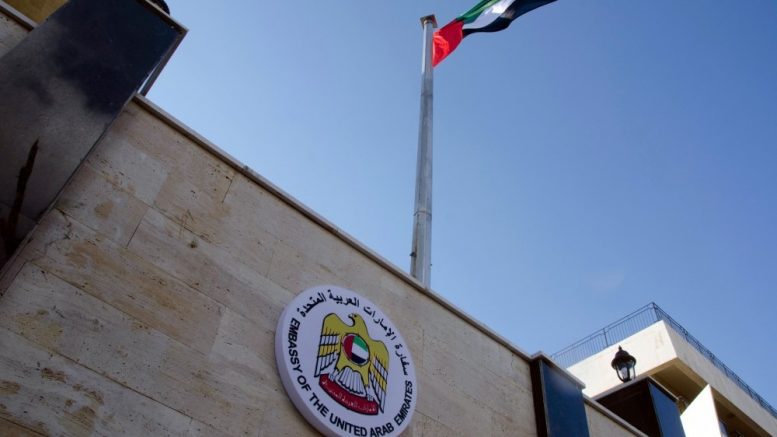 The UAE Charge d’Affaires of the Embassy has begun discharging his duty from Thursday 27th December 2018.

The Ministry of Foreign Affairs and International Cooperation has announced the resumption of diplomatic service at the Embassy of the UAE in Damascus, Syria.

The Charge d’Affaires of the Embassy has begun discharging his duty from Thursday 27th December 2018.

The Ministry said that the move underscores the UAE government’s keenness to restore relations between the two brotherly countries to their normal course, thus enhancing and implementing the Arab role in supporting the independence, sovereignty and territorial integrity of the Syrian Arab Republic. This move will also prevent the dangers of regional interference in Syrian affairs.

The UAE expressed its wish that peace, security and stability would prevail throughout Syria.

The move is the first international signal that some level of normality could soon start to return to war torn Syria.