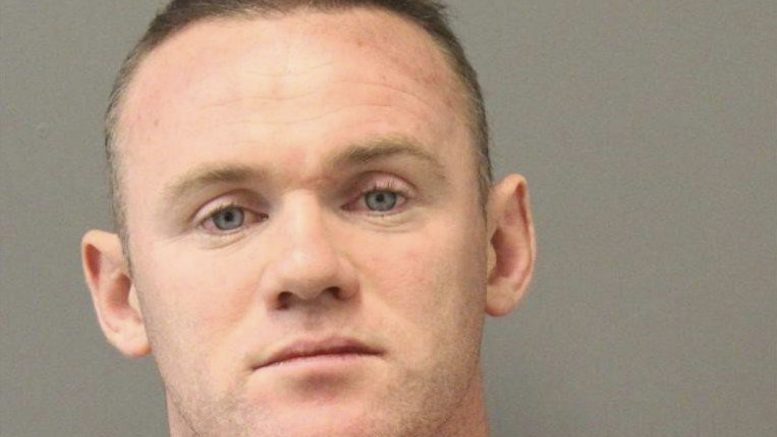 The former England and Manchester United football captain was arrested on 16 December 2018 at Dulles International Airport following a flight from Saudi Arabia to USA.

The Loudoun County Sheriff’s Office confirmed yesterday that Rooney was taken into custody where he was charged and ordered to pay a fine plus court costs.

“He was booked into the Loudoun County Adult Detention Centre on a charge of public intoxication and public swearing stemming from an arrest by the Metropolitan Washington Airports Authority Police (MWAA),” a spokesperson said.

“He was later released on a personal recognisance bond.” (Bail)

Rooney’s spokesperson has since claimed the 33-year-old was feeling “disorientated” after taking sleeping tablets on his flight to Virginia from Saudi Arabia, where he was attending the Riyadh Formula E Grand Prix, saying:

“During the flight Wayne took a prescribed amount of sleeping tablets mixed with some alcohol consumption and consequently was disorientated on arrival.”

“He was approached by police who arrested him.”

“He received a statutory automatic fine and was released shortly afterwards at the airport. The matter is now at an end.”

“Wayne would like to put on record his appreciation for the manner he was treated by all involved.”

Rooney’s current US based club DC United have subsequently released a statement insisting that they will handle the incident internally due to it being a private matter:

“We are aware of news reports indicating that Wayne Rooney was arrested in December. We understand the media’s interest in this matter but believe this is a private matter for Wayne that D.C. United will handle internally. We have no further comment”.

The news comes 15 months after the former England and Manchester United captain was arrested in Cheshire, UK in September 2017 for driving under the influence for which he received a two-year driving ban.

It has been noted that in the UK this latest arrest would have been notably more serious and in Saudi Arabia very serious. However in the USA Wayne received a $114 USD fine including court and legal costs. He will be counting himself lucky the flight was Saudi Arabia to the US and not the other way around.

Critics have indicated the long standing tradition of US courts ‘going easy’ on professional sports players .