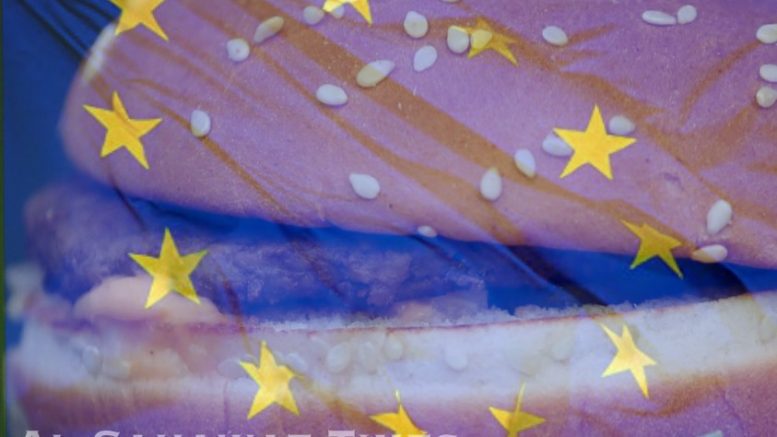 McDonald’s has been stripped of Big Mac trademark across the EU.

The European Union ruled on the side of the Irish company and stripped McDonald’s of its trademark on “Big Mac” burgers in Europe after the successful legal challenge by the Irish restaurant chain.

The landmark decision by the bloc’s trademark regulator, which has immediate effect, was made on Tuesday (today) and is just the latest episode in a long-running legal dispute between the US food giant and family-owned chain Supermacs.

The saga began in 2015 after McDonalds’ lawyers filed an objection against the Irish restaurant group’s bid to register its name as an EU-wide trademark. Supermacs had wanted to expand out of Ireland to the rest of the EU and the UK.

The US fast food giant claimed Supermacs’ branding was too similar to its own and would cause confusion among consumers. The Irish company is named after its founder Pat McDonagh, who is said to have earned the name “Supermac” while playing Gaelic football in his youth.

In April 2017 Supermacs, which has over 100 restaurants across Ireland, submitted a request to the European Union Intellectual Property Office (EUIPO) asking the bloc to cancel McDonalds’ trademark on “Mc” and “Big Mac”.

Mc (Irish) and Mac (Scottish) are common surnames equating to ‘son of’ or ‘bin’ in Arabic ‘ić’ in Bosnian ‘van’ in Dutch ‘de’ in Spanish ‘di’ in Italian ‘son’ in Icelandic and Swedish and ‘ov’ in Russian. It was argued that is was not possible to trademark such a common term in Europe.

Supermacs accused McDonalds of “trademark bullying” and registering brand names “which are simply stored away in a war chest to use against future competitors”.

McDonalds’ lawyers had provided print-outs of its websites, examples of advertisements and packaging, three signed affidavits from its executives, and a print out of its Wikipedia page as evidence that it sells Big Macs across the EU and deserves a trademark.

The EUIPO ruled that “the evidence is insufficient to establish genuine use of the trade mark” on Big Macs by McDonalds across the EU.

“Taking into account the submitted evidence as a whole, it is concluded that the documents do not provide conclusive information that the products marked with the EUTM are offered for actual sale, as there is no confirmation of any commercial transactions, either online, or via brick-and-mortar operations,” the EU office ruled.

“Even if the goods were offered for sale, there is no data about how long the products were offered on the given web page or in other ways, and there is no information of any actual sales taking place or any potential and relevant consumers being engaged, either through an offer, or through a sale.”

“Finally, as far as the relevant services are considered, there is no single piece of evidence that refers to any of the registered services being offered under the EUTM.”

McDonalds was also ordered by the regulator to pay costs of €1’080 for the decision. It has the right to appeal. In the EU, trademarks can be registered both at a national and EU-wide level.

Pat McDonagh, the managing director of Supermacs, said: “The original objective of our application to cancel was to shine a light on the use of trademark bullying by this multinational to stifle competition. We have been saying for years that that they have been using trademark bullying.“

“We wholeheartedly welcome this judgement as a vindication of small businesses everywhere that stand up to powerful global entities.”

“This decision by an independent European office is also an indication of how important the European institutions are to help protect businesses that are trying to compete against faceless multinationals.”

“This now opens the door for the decision to be made by the European trademark office to allow us to use our SuperMac as a burger across Europe.”

McDonalds has not yet commented on the decision at the time of publication.

Europe continues to extend protection and rights to individual member states creating a closer more integrated Euopre closer to the arrangements States have with the US.