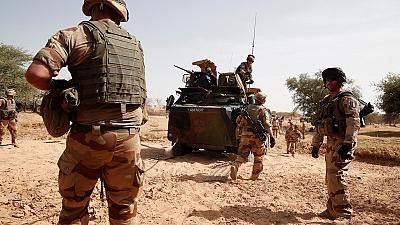 The French Barkhane special forces are building a new base in Gossi, a crossroad in central Mali and
former UN mission base

It is a strategic base that will allow French soldiers to gain a foothold in the arid Gourma area.

‘’ Gossi being the economic hub of the region, terrorist armed groups, like everyone else need to
get supplies, and so they try to take advantage of everything Gossi has to offer to get supplies,
so it is our priority here to stop them ‘’, said Barkhane force soldier, Lieutenant Gauthier.

For the French military command in Mali, the choice of the Gourma region is strategic.

“ Liptako is on the Malo-Nigerian border, and Gourma is on the Malo-Burkinabe border and these
border areas are obviously the most sought-after places by ‘terrorists’ to carry out their actions.
There is no better way to move from one to the other and find refuge than in a border area. So
the Gourma region for us presents all the conditions necessary to be effective ‘’, he said.

But, the establishment of this new base does not mean that those groups sought  have abandoned other strategic locations.

“ A strength is about making choices. We can’t, if you want, apply the same pressure everywhere, on the opponent. Currently, more present in Liptako and tomorrow in Gourma, we are facing the most aggressive groups. That does not mean that we are not in the North ‘’, Blachon added.

15 of them have been killed in the 5 years since operations began.

The base faces strong local and global opposition for targeting Muslim communities and heavy civilian casualties.