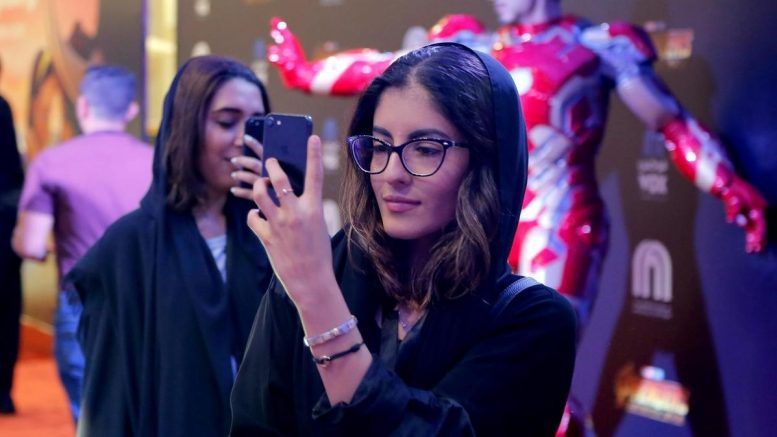 According to industry experts, $35 billion will be invested into theatres and cinemas in the Kingdom by 2020

You have to book well in advance to get cinema tickets in Saudi Arabia: a quick look at tickets for Shazam at Vox’s Riyadh Park cinema, for instance, shows that even the many-seated Imax screenings over the weekend are nearly sold out.

Demand is clearly high, and the government has announced that $35 billion (Dh129 billion) will be invested to meet that demand by building more cinemas and theatres, with a particular focus on Riyadh, Jeddah and Dammam. The goal? To open another 2,500 screens in the next five years.
There is also a push to increase the amount of mall space in the city.

The aim is to open 300 multi screen cinema complexes by 2030, according to managing partner of Great Mind Events, Leila Masinaei: the company is hosting a cinema forum in Saudi later this month.

There is also a goal to increase the number of entertainment venues in the country from 154 to 260 by 2020 to meet the intense demand for out-of-home leisure options that has skyrocketed since the 35-year cinema ban was lifted in December 2017.

A release from the Cinema Build KSA forum says that the Kingdom is “unlocking the massive potential of their cinema market and aggressively inviting global and local providers to participate in these business opportunities”. The cinema industry forum will be held at the Four Seasons in Riyadh on April 14 and 15.

The government organisation in charge of developing, licensing and regulating the entire audio-visual industry in Saudi Arabia is the General Commission for Audio-visual Media.

It won’t just be blockbuster cinema that gets a boost in Saudi Arabia in the next few years, either; last week it was announced that the annual Red Sea International Film Festival will start next year.

There will also be a new Saudi industry body, The Red Sea Film Lodge, which will act as a year-round incubation film lab programme aimed at developing film projects from local and regional directors. As part of the scheme, production and co-production prizes will be awarded to top projects.

Investors and producers have come from across the GCC to help Saudia Arabia reach it’s media revolution goals.

Oman’s Sheikh Shamsaldin Qais Sulayman Al-Said stepped up to open an investment fund as well as producing a line of films and series for the new market.