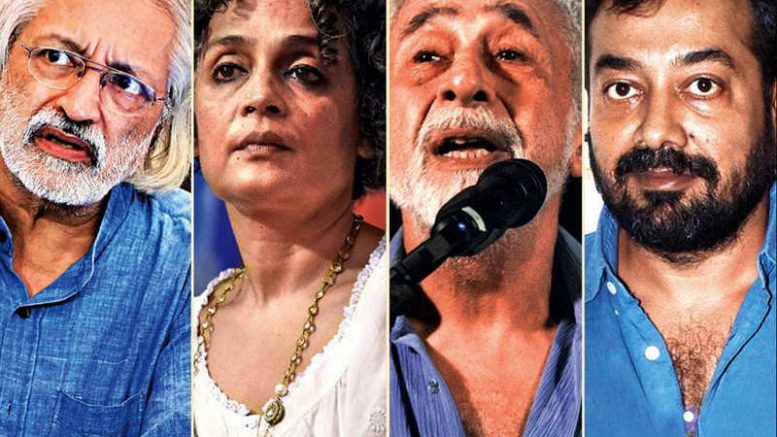 Filmmakers, actors and writers have asked people to ‘vote hatred out of power’

In a series of joint statements, numerous intellectuals and artists have stepped away from political neutrality and stuck their neck out to take a position.

Over 100 filmmakers and more than 800 actors from across India issued a joint statement urging voters to “do everything in their capacity to keep this harmful regime from coming back to power” and asked them to instead choose “a government that respects the Constitution of India, protects our freedom of speech and expression, and refrains from all kinds of censorship”.

April 1st: Over 200 writers appealed to voters to reject “hate politics” in a further joint statement. “Vote out the division of our people; vote out inequality; vote against violence, intimidation and censorship. This is the only way we can vote for an India that renews the promises made by our Constitution. This is why we appeal to all citizens to vote for a diverse and equal India,” the statement, carried by the Indian Cultural Forum, read. The signatories include Amitav Ghosh, Romila Thapar, Arundhati Roy, Jerry Pinto, Keki Daruwalla, Harsh Mander, Ranjit Hoskote, R Unni, Anand Teltumbde, Zoya Hasan and Girish Karnad.

April 5th: The latest to join the chorus of asking the voters to reject “hate politics” are over 600 theatre artistes, including names like Naseeruddin Shah, Amol Palekar, Anurag Kashyap, Konkona Sen Sharma, Ratna Pathak Shah and Anamika Haksar. In a joint statement, the artistes stated that “the seeds of hatred have entered our food, prayers, and festivals,” emphasizing that the upcoming elections are “the most critical in the history of independent India”.

The statement read: “We, theatre practitioners of India, appeal to the people of India to help safeguard the Constitution and our syncretic, secular ethos. We appeal to our fellow citizens to vote for love and compassion, for equality and social justice, and to defeat the forces of darkness and barbarism… Our appeal – vote bigotry, hatred, and apathy out of power. Vote against the BJP and its allies. Vote to empower the weakest, protect liberty, protect the environment, and foster scientific thinking. Vote for secular democratic, inclusive India. Vote for the freedom to dream. Vote wisely.”

‘SO YOU’RE OPENLY CAMPAIGNING FOR THE OPPOSITION?’

Anupam Kher : “So some people from my fraternity have issued a letter for public to vote out the present constitutionally-elected government in the coming elections. In other words they are officially campaigning for opposition parties. Good!! At least there are no pretensions here. Great.”

“Issues that are important for the future of India are not about blowing up some satellite, and it’s not about a war-like situation… What is important is freedom, education, healthcare, welfare and farmers.”

In a world increasingly lead by far right politics India’s entertainers and making a unified stance against intolerance and hatred.