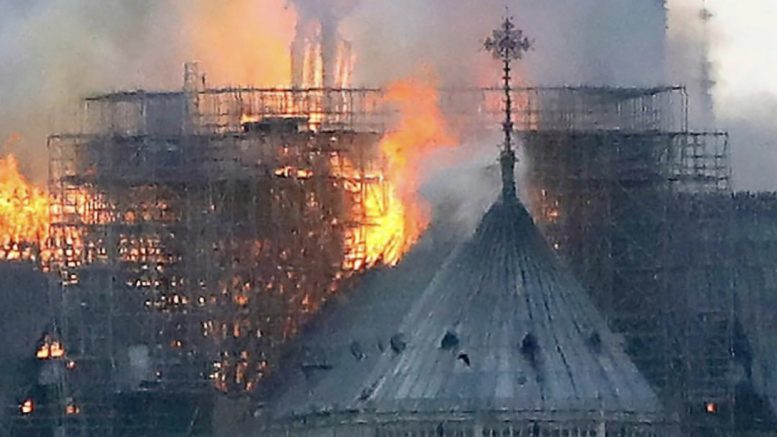 The roof and main spire of the world famous Notre Dame cathedral collapsed after a devastating blaze tore the 800 year old sacred site apart in the French capital of Paris.

A major operation continues this evening to bring the fire under control after it broke out on Monday afternoon in the French capital.

Smoke can still be seen billowing out from the top of the gothic cathedral, as flames leap out besides its two bell towers. A heavy cloud of smoke hangs over Paris, both physically and emotionally as the beloved icon falls.

It was not immediately clear what had caused the fire at the landmark which attracts millions of tourists every year.

French president Emmanuel Macron remains at the scene of the Notre Dame fire. 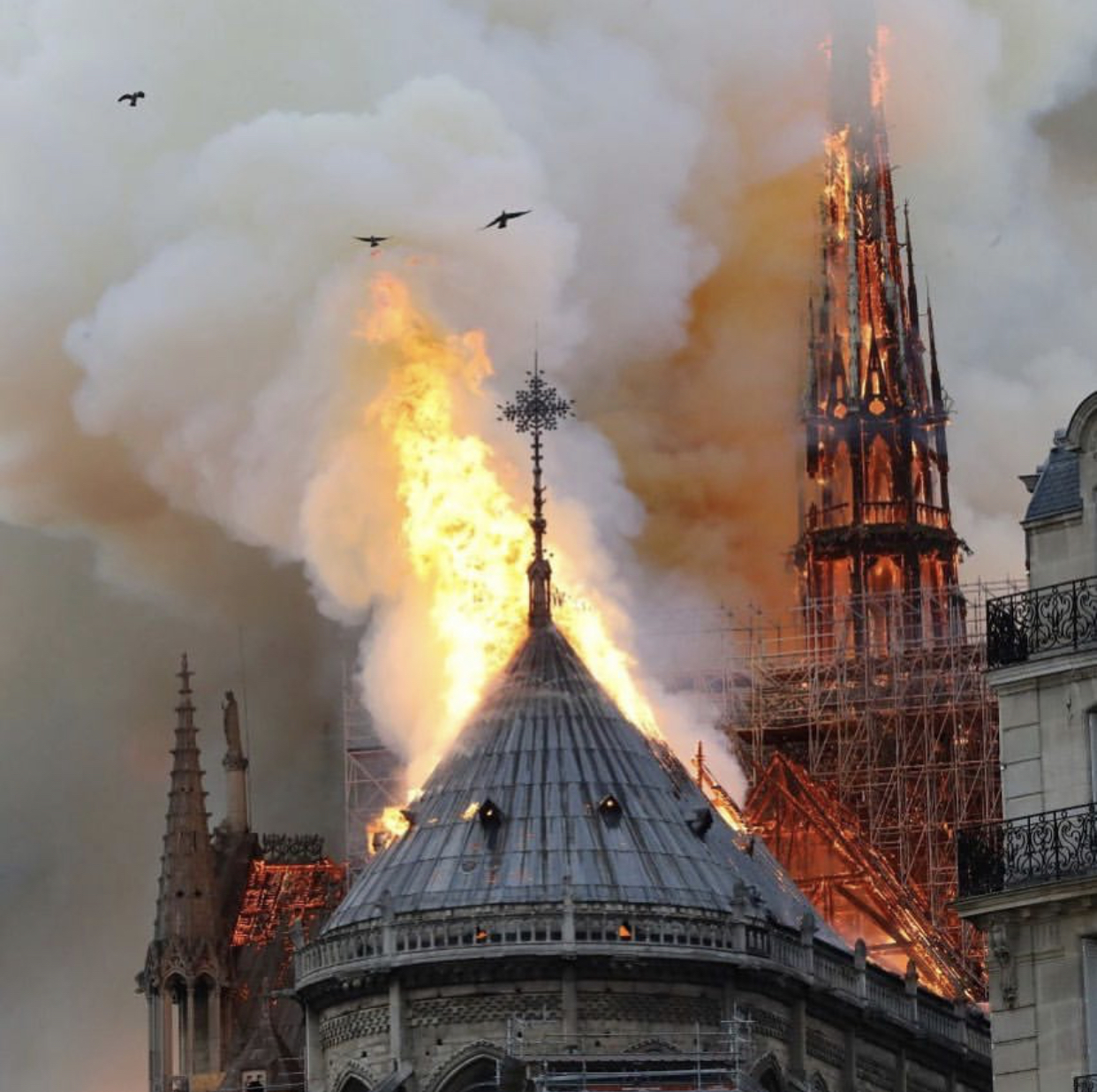 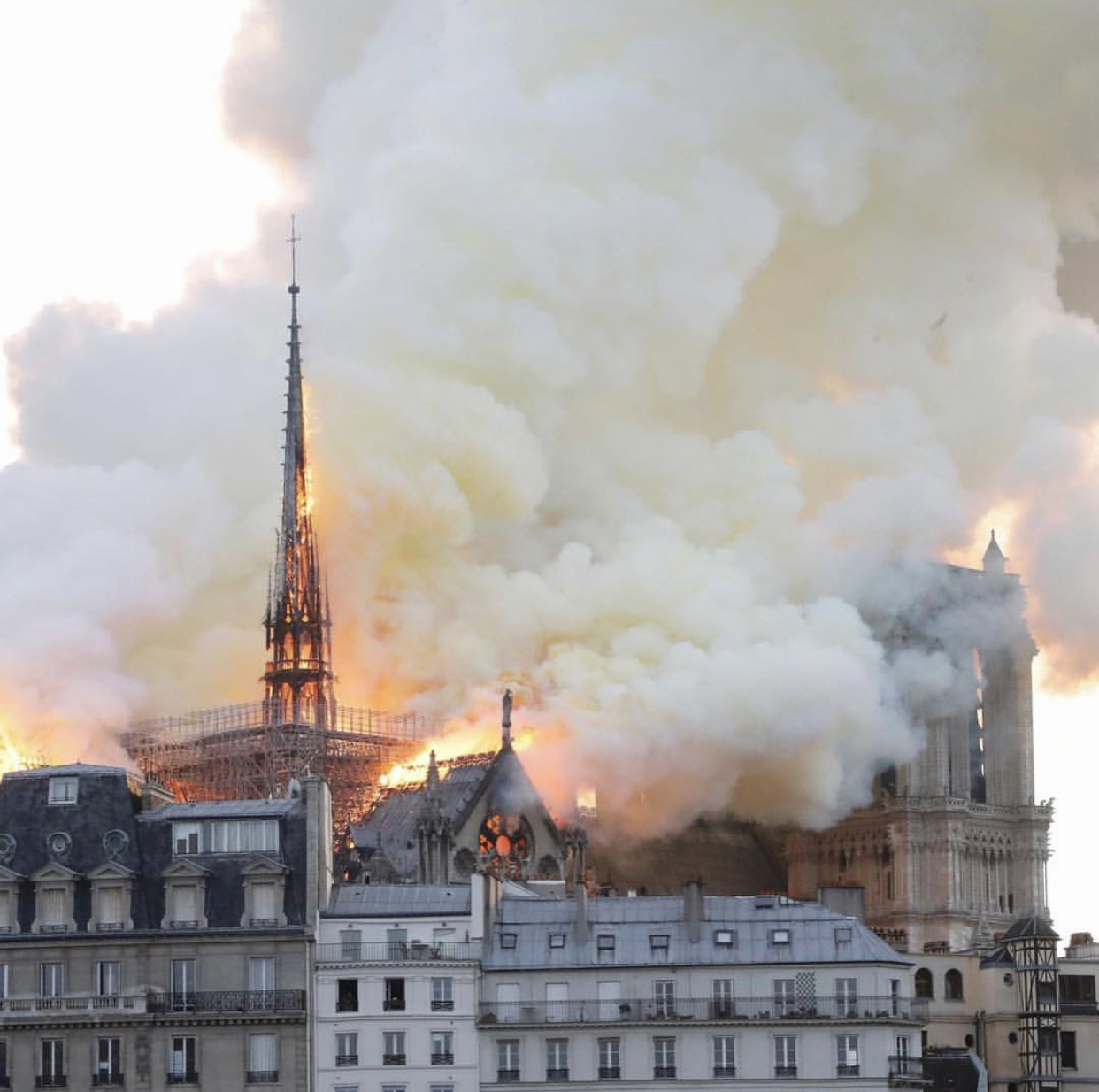 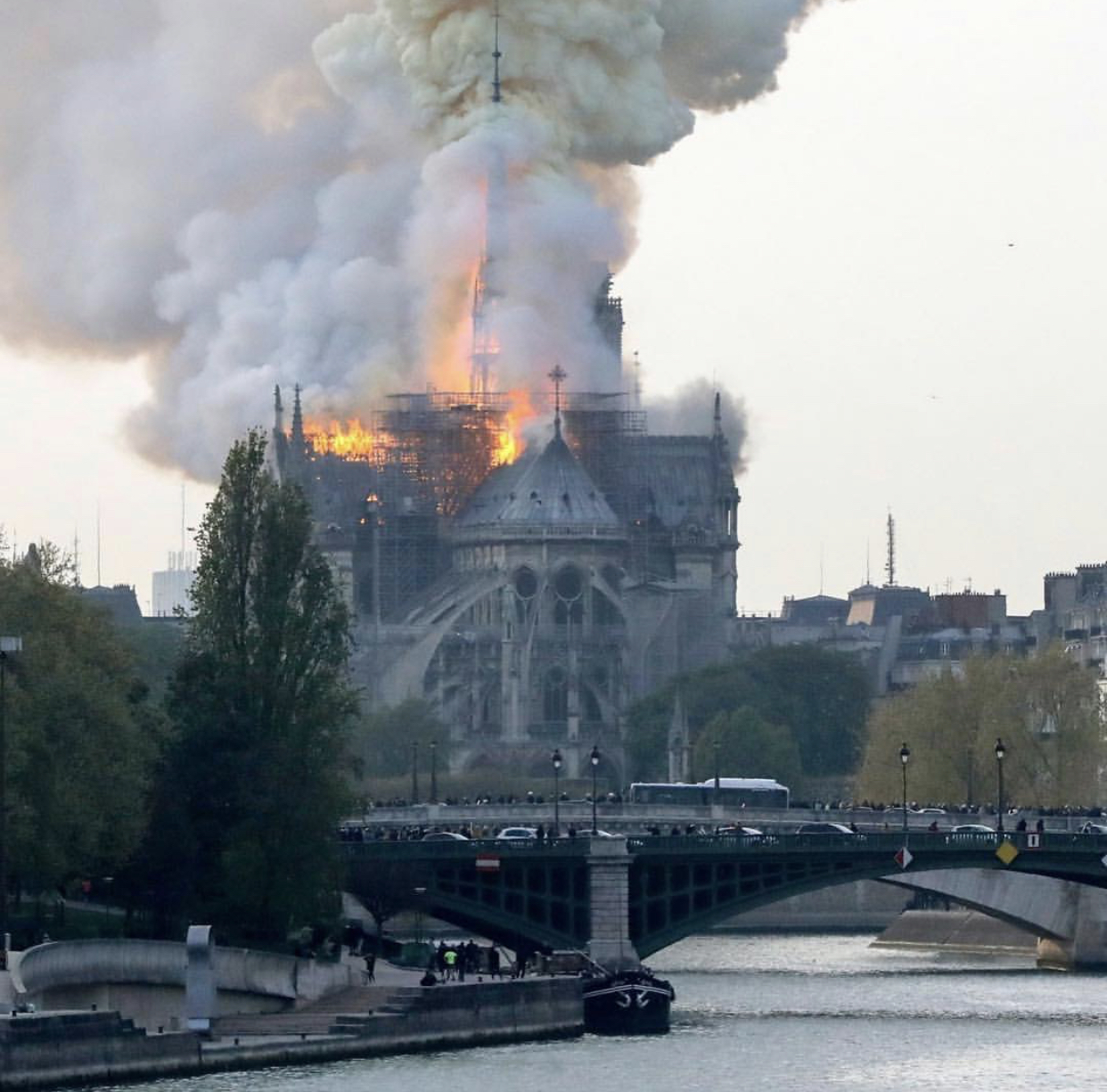 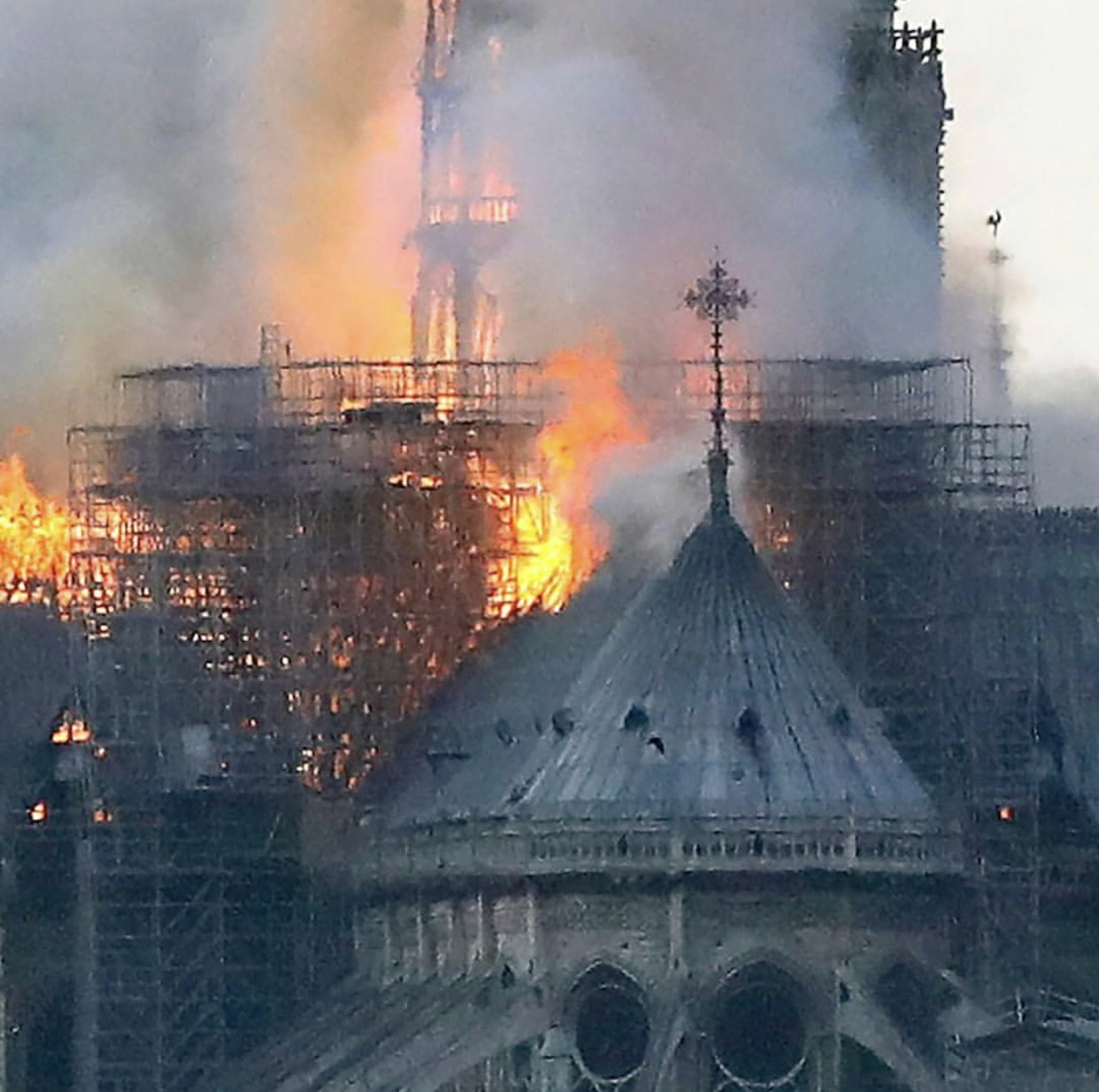 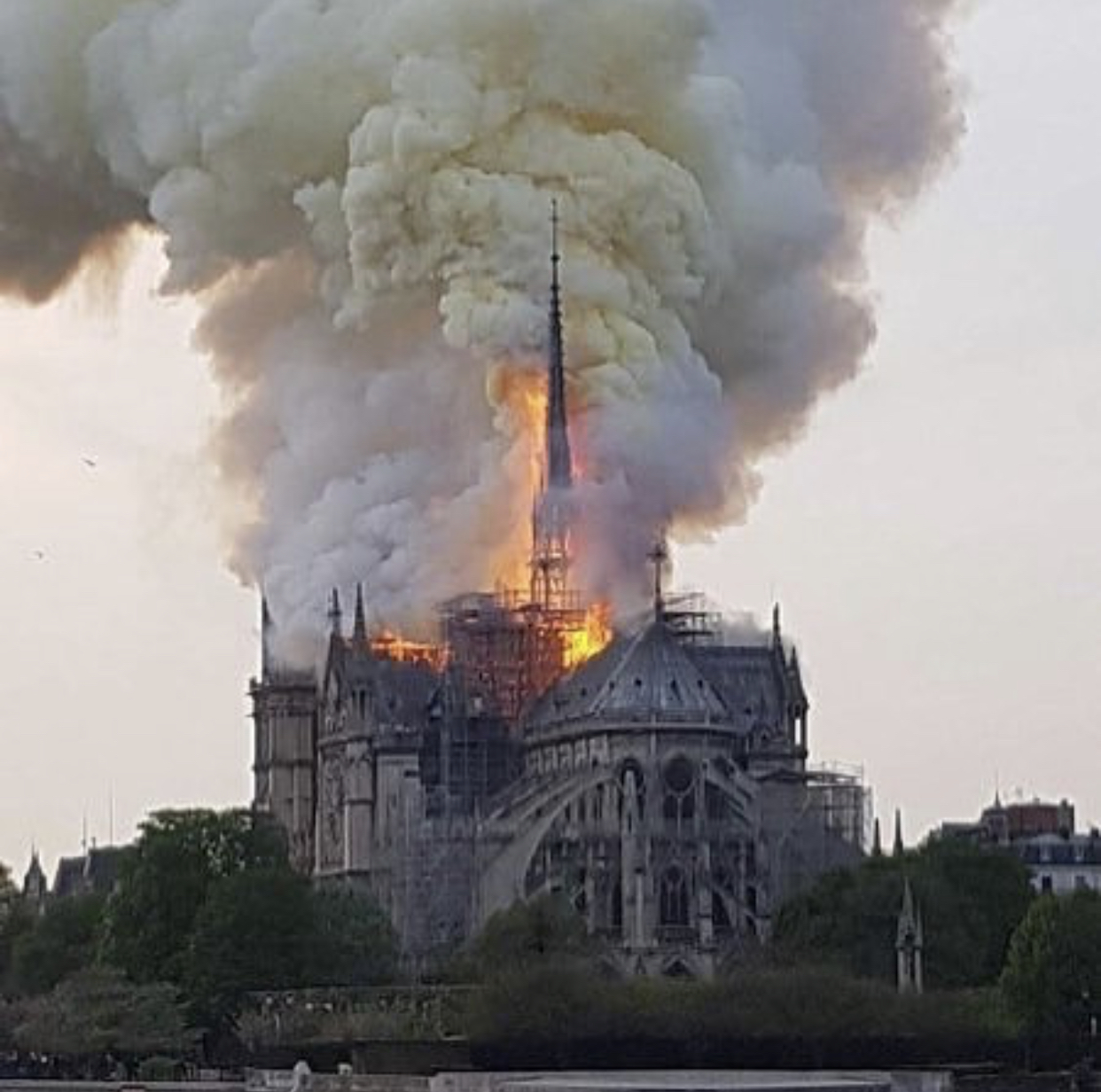