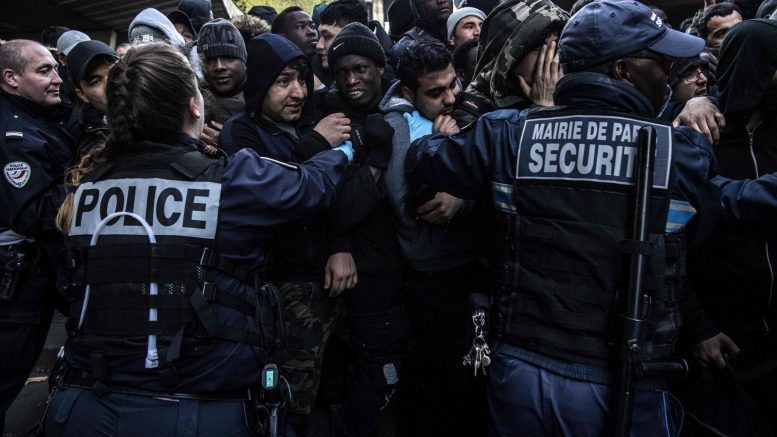 Teenager hailed as hero in Italy

A teenager has been hailed as the “new hero of the left” after a video of him standing up to fascists in Rome went viral.

The fifteen-year-old, named only as Simone, won praise across Italy after he was filmed speaking out in defence of minority groups as hundreds of right activists and residents protested in Torre Maura on Tuesday.

The demonstrations in the eastern suburb of the country’s capital, Rome, allegedly incited by far-right groups Casa Pound and Forza Nuova, were opposing the temporary rehousing of 70 Roma people at a government reception centre in the area.

As one of the leaders of Casa Pound told journalists; residents did not want Roma people living in the area, footage of the incident shows Simone interjecting.

“What you are doing here in Torre Maura is exploiting the anger of the people,” he said. “You turn this anger into votes, for your interests. The protests served to let the institutions know that in Torre Maura there is a situation of degradation. The 70 Roma have become the pretext to protest. I don’t like that you always pick on minorities. When you talk about European funds to invest in the neighbourhood, I think those funds must be spent on everyone. No one should be left behind. Neither Italians, nor the Roma, nor the Africans, nor any other human being.”

Several Roma families, including 33 children, were moved out of Torre Maura on Wednesday for their safety after demonstrations turned violent.
Protesters screamed insults and threw objects at a van as it carried them away from the area.

Some performed raised arm fascist salutes and sang the Italian national anthem, while neighbours also reportedly turned out to applaud the families’ departure.

Video footage also showed dozens of people setting up barricades on Tuesday to prevent the families from reaching the housing centre, as well as a woman stomping on a tray of sandwiches set up for the new arrivals.

Rome’s mayor Virginia Raggi vowed there would be an investigation into possible inciting racial hatred against the organisers of the protest.
One elderly resident who spoke on news media without giving his name said “it would be better to spread the Roma people out rather than concentrate them in one area”.

Another accused them of carrying out robberies, without any evidence to substantiate the claim.
Simone also made the point that “the problem is not who comes to steal from my house; the problem is that they stole from my house, that’s all”.

Roma also referred to as Romany Gypies are traditionally a nomadic people beloved to originate from north west India, Pakistan and Afghanistan before migrating to the Balkans hundreds of year ago. Today Roma are found through out Europe and the Mediterranean countries. Most numerous still in the Balkan States and Spain where they are often referred to as Los Gitanos.
EU countries have a long history of persecuting the Roma communities across Europe both in war times and in peace.
The Romany language is a blend of South Asian, Balkan and Latin languages famed for its use in melodic love songs and stories.
The Romany language has official status in several Balkan States including Serbia, Macedonia, Montenegro and Bosnia.