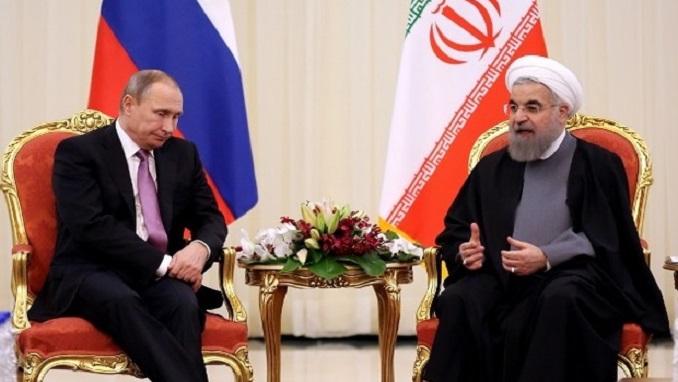 Iran and Russia, the two countries discussed increased military and defence ties during the Moscow Conference on International Security (MCIS).

Iran and Russia have confirmed that they will conduct a joint maritime military drill in the Persian-Arab Gulf, Iran confirmed.

“Based on negotiations with the Russian Navy, the force will dispatch a fleet to the southern regions of Iran this year,” Iranian Army Commander, Navy R.-Adm. Hossein Khanzadi confirmed, without giving an exact date for the demonstrations.

In early January, Khanzadi said that the two countries were preparing for a joint naval drill in the Caspian Sea region and that the drill would focus on tactical, relief, rescue and anti-piracy issues.

Earlier in the week, Iranian Defense Minister Brig.-Gen. Amir Hatami met with his Russian counterpart Gen. Sergey Shoygu on the sidelines of the 8th Moscow Conference on International Security (MCIS) in the Russian capital.

Fars News reported that during the meeting the new general “renewed the two countries’ determination to bolster military and defence cooperation” and discussed bilateral relations in both regional and international areas.

“Defence and security interactions between the Islamic Republic of Iran and Russia are growing under the auspices of the leaders of the two countries,” Hatami was quoted as saying, adding that the two countries “enjoy high capacities and potentials for increasing bilateral interactions” in military and defence.

Shoygu meanwhile stressed the continued military consultation between Tehran and Moscow and called for increased interactions between the two armed forces.

“Cooperation and interaction of the two countries played an important role within the framework of the Astana Peace Talks in the fight against terrorism and the restoration of peace and security in Syria,” he was quoted as saying.

Russia, which entered the conflict in 2015 and views Iran as a key player in resolving the crisis in Syria, has repeatedly emphasized the importance of the role that it plays in the war-torn country.

As with previous military exercises in the Gulf Iran has promised to respect the sovereign territory of the GCC nations and conduct the drills in Iranian waters.