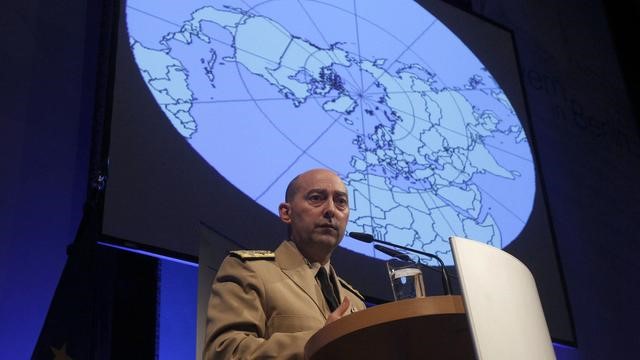 The US is too “weak” on Russia in the wake of Mueller’s report, a TIME article by former NATO commander James Stavridis claims, suggesting Washington go beyond sanctions to target Russian civilians, even President Putin himself.

The op-ed by the retired Navy Admiral-cum-private equity firm executive argues that unspecified “Russians” have engaged in a “direct attack on the heart of our democratic system.” To make matters worse, Washington has done “precious little” about it, responding with only “a few symbolic gestures.

Those “few symbolic gestures” admittedly include 2018’s retaliatory sanctions against numerous political and military figures accused of ‘meddling’ in the 2016 presidential elections, and pending sanctions which would target key industries in Russia’s economy. Stavridis believes, however, that even if the new measures are put in place, it would not be enough to deter Russia from attempting to interfere in the 2020 elections.

“The U.S. should not limit itself to hampering Russian businesses, though. They should also consider sanctions on public entities (sports teams, international symphonies, academic institutions, diplomatic delegations) – and even include specific sanctions against key leaders in Russia, up to and including [Russian President Vladimir] Putin.
While we could potentially chalk up his enmity toward Russian sports teams as motivated by competition anxiety, it’s hard to imagine what the Russian National Orchestra did to draw the ire of a former NATO Supreme Allied Commander Europe. Jokes aside, Stavridis’ demands are most likely just in keeping with Secretary of State Mike Pompeo’s ‘do as we say if you want your people to eat’ collective-punishment sanctions strategy.”

“Unfortunately”, the ex-NATO commander continues, “the US seems to be experiencing some “sanctions fatigue” in the words of Marco Rubio. Congress is apparently getting a little tired of constant efforts to dominate foreign countries through economic punishment… fortunately,” he assures us, “there are even more direct ways to put on the pressure.”

“If economic and personal sanctions fail to coerce Putin, there is always the option of directly punishing ordinary Russians. For instance, the US could impose travel restrictions more broadly on Russian citizens who seek to come to the United States for any purpose. The US could also refuse to participate in helping rebuild Syria, and forgo helping to secure oil prices, he suggests. Beyond this, we should also educate our children at the earliest age about what information is real and what is fake, especially in digital settings,” the retired admiral adds, rather chillingly.

Puzzlingly, Stavridis never mentions what was actually revealed in the Mueller report that warrants such a dramatic response in the first place. In fact, he even calls for further investigation in order to understand in “more detail” exactly how “cyber and social networks” were used and “who within the Russian chain-of-command ordered the attacks” as well as whether or not any further actions were in the works.

But it may just be that these kind of details are not important if your target is “the Russians” as a whole rather than the people even suspected of taking part in the ever-elusive “Russia meddling.” And who really cares what degree Trump or any of his cronies had to do with it right?… As long as “the Russians” pay?