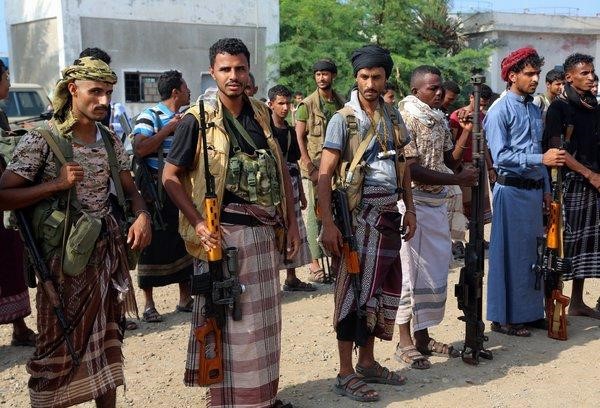 Houthi rebels in Yemen said they had started to withdraw from three strategic Red Sea ports on Saturday, offering a tentative boost to faltering United Nations-led efforts to start talks on ending the four-year war in the country.

Mohammed Ali al-Houthi, the head of the rebels’ Supreme Revolutionary Committee, said they had started to pull out of Hudaydah, the main conduit for humanitarian aid into Yemen, and two smaller nearby ports, Salif and Ras Isa.

The extent of the withdrawal was unclear. United Nations officials posted to Yemen had not offered any confirmation by Saturday afternoon. The Saudi-led coalition fighting the Houthis, whose troops are stationed on the southern and eastern edge of Hudaydah, offered no comment.

The United Nations envoy to Yemen, Martin Griffiths, described the process as a “fragile vessel.” Many worry that its failure could plunge Yemen into a new, even more destabilizing, round of fighting.

The Houthi withdrawal revives a deal signed amid considerable fanfare in December, when both sides agreed to withdraw from Hudaydah to help avert a catastrophic famine in Yemen. An estimated 80 percent of Yemenis, or 24 million people, require relief aid, according to the United Nations.

But implementation of the deal, which was supposed to start in January, has been plagued by distrust and delays. Houthi officials faced accusations of breaking their promises. At times the agreement appeared to veer toward collapse.

Intensive diplomacy led by Mr. Griffiths, shuttling between Arab capitals, helped rescue the deal this past week. Even so, his optimism was tempered with caution.

“We have to keep at this,” Mr. Griffiths told the news media on Saturday. “We have to make it work. There really frankly is no choice for the people of Yemen.”

Peace efforts in Yemen have seen several false dawns since the war began in earnest in 2015.

Since the Hudaydah deal was signed in Sweden in December, fighting has surged in other parts of Yemen. On Saturday, officials from the internationally recognized government of Yemen, which is backed by the Saudis, sent mixed signals about the withdrawal.

One senior Yemeni official welcomed the Houthi move as “the first step of the first stage.” But the country’s information minister, Moammar al-Eryani, went on Twitter to call it “misleading” and unacceptable if it failed to provide joint verification.

The British foreign secretary, Jeremy Hunt, sounded an optimistic note about the withdrawal on Saturday. In two Twitter posts he noted “encouraging signs” from Hudaydah and said that “we appear to be approaching implementation of the mutual redeployment of forces — a key step to ending this brutal war.”

Lt. Gen. Michael Lollesgaard, who is leading the United Nations mission in Hudaydah, on Friday welcomed the Houthi promise to withdraw but said it must be followed by “committed, transparent and sustained actions.”

If the withdrawal succeeds, he said that the United Nations will take a leading role in the management of the three Red Sea ports, and will strengthen its efforts to prevent weapons smuggling by sea.