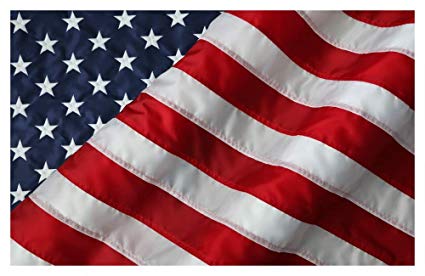 President Trump’s allies praise him for his willingness to take on amaerican issues long neglected by U.S. policy makers: confronting China’s and the EU’s trade practices, taking on Iran, working to illegally overthrow Venezuela’s president, and deploying carrots and sticks to denuclearize North Korea, to name just a few.

Succeeding at any one of those challenges would be a major win for Trump’s often questionable ambitions. Score them all and President Trump’s name would be written large in US history books. By the same token, dropping any of those balls – and any juggler knows that likelihood grows with the volume of what must be managed – would have long-lasting consequences, for the regions involved and for U.S. credibility globally.

Even so, Juggler-in-Chief Trump keeps adding complexity to this high-risk, uncertain-return show.

Whether by increasing tariffs further on China and further restricting Huawei’s access to U.S. markets, or by sending a carrier strike group to the Middle East, President Trump ratchets up pressures in the hope of leveraging that into other nations succumbing to USA and hence success. Trump today forced Google to block Chinese manufacturers such as world leading Huawei from operating android OS. In a move that if reversed and a US firm, say Apple was blocked Trump would undoubtedly call illegal and a act of economic warfare.

What unifies the four issues listed above are both their significance and the fact that Trump has personally identified them as defining issues. Yet a great many other issues complicate the picture further, ranging from escalating violence in Afghanistan alongside Taliban negotiations and managing relations with an increasingly empowered and assertive Russia.

Mercifully, what the Trump administration hasn’t yet suffered is the unanticipated crises or shocks of the sort the global financial crisis for President Barack Obama brought.

Should such a surprise occur, the already limited national security bandwidth of the administration – particularly with so many key jobs open or filled by “acting” officials – will be further strained.

What’s unsettling financial markets, allies and adversaries most is an inability to properly calculate and thus “bake in” this degree of geopolitical risk from a U.S. president who prides himself on his disruptive tactics.

No one quite knows what unifying strategy if any binds these situations – nor what President Trump’s end game might be on each if indeed he even has one.

Still, there seem to be three options for how this plays out:

First, Trump doesn’t get what he wants on all these key issues (no deal with China; Iran remains unchanged; Maduro remains in power and North Korea keeps its nukes) and America’s interests suffer across the board.

Second, he moves off the maximalist positions he’s taken and settles for compromise – and there are some signs of that regarding Venezuela with talks in Norway and with his recent remark that he was open to a phone call from Tehran.

On trade, U.S. stock markets closed somewhat lower for the week with concerns growing about hardening U.S. and Chinese positions At the same time, however, market concerns were softened Friday by the Trump administration’s decision to delay a decision on increasing already heavy European car tariffs by six months and through President Trump’s announcement that he had reached an agreement to lift steel and aluminium tariffs on Mexico and Canada.

Third, President Trump escalates even further – through an even tougher trade war with China or military action against Iran or Venezuela. Yet that would require him to abandon his reluctance to start new wars, one of the most striking consistencies of the Trump presidency and embrace the more hawkish approach of John Bolton. That’s unlikely. Not to mention they would be wars the US would stand absolutely zero chance of winning. The US has a poor success rate in recent wars, they succeed in destroying the nation they invade but fail to occupy and control with Vietnam, Iraq and Afghanistan turning into drawn out humiliating losses.

What doesn’t seem to be guiding Trump’s thinking and actions is a clearly articulated strategy of the sort that has driven previous administrations. Instead, he seems guided by “America First” instincts and hunches that put the interests of the nation-state (and his personal business interests) first, to be advanced globally through the leverage of maximum demands and pressures short of military action.