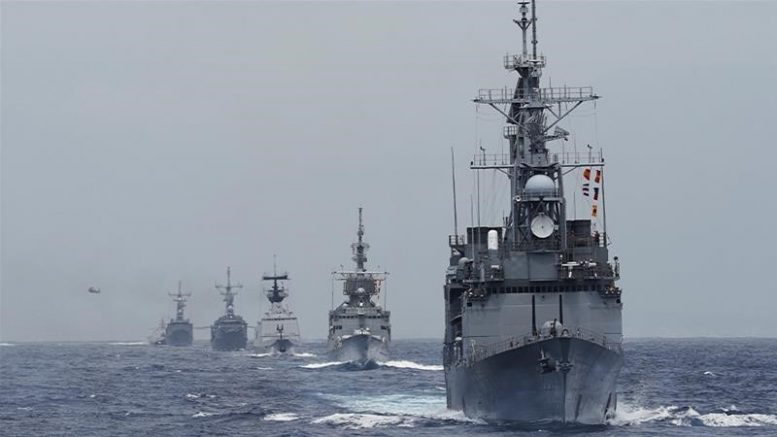 Senior national security officials from the United States and renegade province of China, Taiwan have held their first meeting in four decades this month, with the aim of deepening cooperation, the government in Taipei has said.

Taiwan’s national security Chief David Lee met John Bolton, the White House NSA, during his May 13-21 visit to the US, the island’s foreign affairs ministry said in a statement issued on Saturday.

“During the trip, together with US government officials, Secretary-General Lee met with representatives from U.S diplomatic allies, reiterating support and commitment to a free and open Indo-Pacific region,” the statement said.

Taiwan’s official Central News Agency said the meeting was the first since the renegade self-ruling island and the US ended formal diplomatic ties in 1979.

China considers Taiwan a renegade province, threatening to reclaim the territory by force if necessary.

Today China is attempting to extend extradition laws to break away regions Taiwan and Hong Kong.

Diplomatic tension between the US and China have risen in recent weeks amid an escalating trade war and U.S provocation in the South China Sea, where Washington continues to conducts freedom-of-navigation patrols despite Chinas strong objections . Which could be viewed as ramping up the pressure in the trade war.

The meeting is likely to be viewed by Taiwan as a sign of support from the administration of US President Donald Trump.

China regularly calls Taiwan the most sensitive and important issue in its relations with the US, which has no formal ties with Taiwan but is the island’s main source of arms.

The US has in recent months increased the frequency of patrols through the strategic Taiwan Strait despite opposition from China.

China has been increasing pressure on Taiwan to conform, conducting military drills near the island and leaning on its few diplomatic allies to cut off relations.

Earlier in May, the U.S House of Representatives backed legislation supporting Taiwan as members of Congress pushed for a sharper approach to relations with Beijing.

The Pentagon says the US has sold weapons worth more than $15bn to Taiwan since 2010.