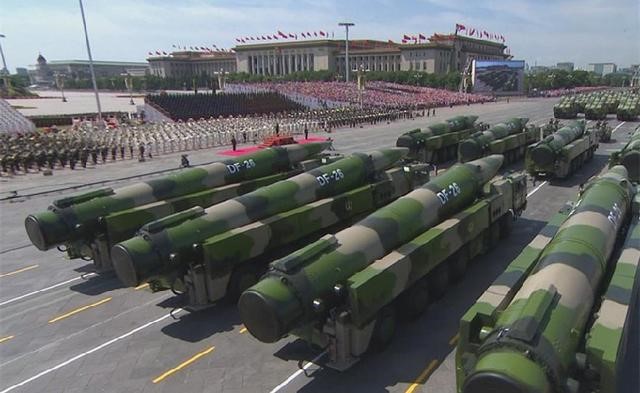 China has dismissed the possibility of entering into negotiations for a trilateral arms control deal alongside the United States and Russia, highlighting that the former has failed to uphold its international commitments anyway

China has dismissed the possibility of entering into negotiations for a trilateral arms control deal alongside the United States and Russia, highlighting that the former has failed to uphold its international commitments anyway.

At a press briefing Monday, Chinese Foreign Ministry spokesperson Lu Kang warned of “growing instabilities and uncertainties in the field of international strategic security,” specifically pointing out how a “certain major country has withdrawn from one international treaty and mechanism while building up its own nuclear and missile power.” The remarks came as President Donald Trump attempted to get Beijing to join new non-proliferation agreements as Washington abandoned previous ones with Moscow.