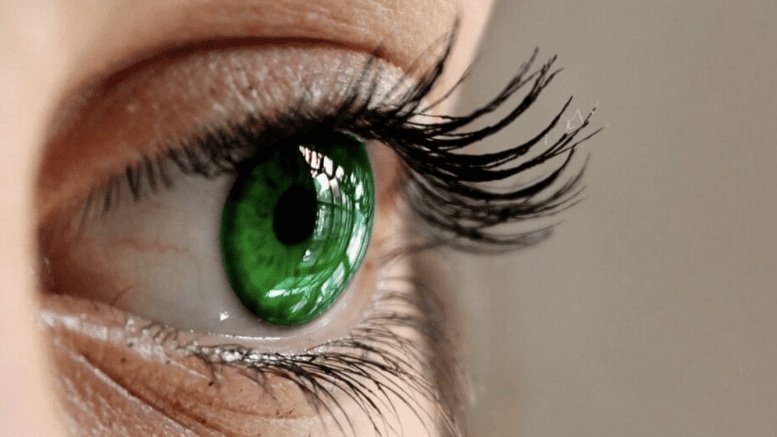 New robotic contact lens allows you to zoom in by blinking

A new robotic lens that is controlled by small eye movements, including double blinks to zoom in and out has been announced.

Most soft robots are controlled manually or pre-programmed but the lenses mimic the natural electric signals in the human eyeball that are active even when the eye itself is closed.

Researchers from the University of California San Diego harnessed this natural charge to control the lens.

They measured the electrical potential of the eye – called the “electro-oculographic signal” – and then made lenses that would respond to that activity.

Lead researcher Shengqiang Cai from the university told New Scientist: “Even if your eye cannot see anything, many people can still move their eyeball and generate this electro-oculographic signal.”

The lens is made from polymers that expand when electric current is applied.

It is controlled using five electrodes surrounding the eye which act like muscles. When the polymer becomes more convex the lens effectively zooms in.

Scientists hope one day this could help create a prosthetic eye or a camera that can be controlled using eyes alone for real time surveillance and recording in true first person.

“The system developed in the current study has the potential to be used in visual prostheses, adjustable glasses, and remotely operated robotics in the future,” researchers wrote in the paper published in Advanced Functional Materials.

Applications for the technology range from the further development into a prosthetic eye for the blind, improved vision to the visually impaired, genuine first person recording for entertainment and cinema, spying and surveillance for military and government use, covert tracking by switching normal lenses with recording lenses on targets, the evolution of how humans see by allowing all humans the ability to zoom in and record their daily lives.

The technology has been greeted with great excitement but also great concerns.