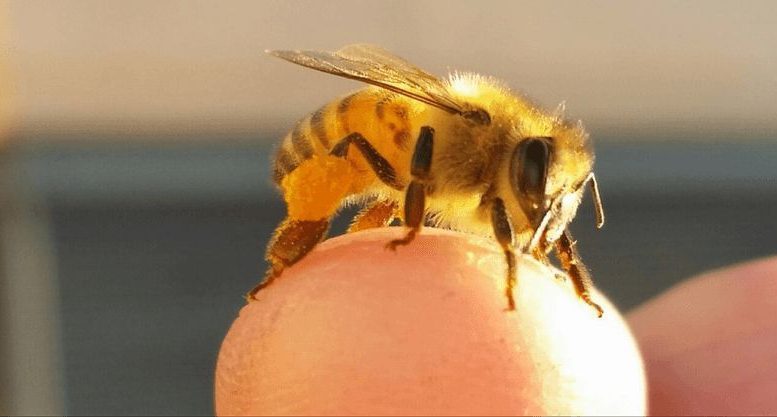 UK government sentenced a Turkish bumble bee to death, but it escaped ‘custody’

Brexit Britain gives the world some pretty unusual news headlines in recent years. When Boris Johnson was elected.. ok, not elected, but became PM anyway, the world braced for spectacular news headlines on par with the likes Trump delivers for the US. But few could have predicted the Fawlty Towers worthy fracas of a government sentencing a bumble bee to death, and the bee out smarting its captors and escaping ‘custody’.

The rare osmia avosetta variety of bee had been living in and around the Toy family home in Bristol since their return from Dalaman, Turkey last week, constructing intricate cocoons out of flower petals.

The UK Government Department for Environment, Food and Rural Affairs (Defra) had announced it had held a hearing and ruled that insect was to be captured and killed because it was a risk to the public and to native species of bees.

However despite the government’s sentence and efforts to capture the bee. The plucky little creature escaped confinement whilst attempts where made to remove the bee from the home.

It had previously been scavenging for nest materials in and around the Toy garden and leaving the cocoons in the conservatory.

The Animal and Plant Health Agency (APHA), part of Defra, is understood to be planning to pick up four remaining cacoons from the Toys on Wednesday (tomorrow) for DNA testing.

It follows a debate between experts as to whether the foreign species – first discovered only ten years ago – really poses a threat to the public, environment or native species at all.

Amelia Toy, 19, said: “They [APHA] actually advised us to kill it. They advised my mum to capture it and freeze it.”

The British Beekeepers Association warned on Monday that the osmia avosetta could devastate already imperilled native populations either through spreading deadly viruses or by breeding and eventually out-competing other bees.

But Tim Lovett, a renowned expert and former president of the organisation, said it was highly unlikely one singular animal with no mate would cause a problem, particularly as the chances of it successfully cross-breeding are really very small.

The Toy family believe the bee inadvertently hitched a ride back to the UK after finding its way into one of their suitcases.

It prompted APHA to advise all travelers returning to the UK to check their bags thoroughly, especially if they have been left outside.

A solitary species of mason bee, found only in Turkey and Iran, osmia avosetta is unique in its use of flower petals to build nests in the ground in which its larvae can grow.

Officials have become acutely sensitive to the presence of foreign bees since invasions of predatory Asian hornets began in 2004.

Asked for her views on the government’s decision to kill the bee, Ms Toy said: “I know since they said it could possibly harm other bees that it had to be done, as harsh as it sounds.”

News outlets and legal professionals in European countries were quick to compare the bee’s escape to the UK sitcom Fawlty Towers which sees a crumbling hotel business run by comic bafoon, Basil Fawlty.