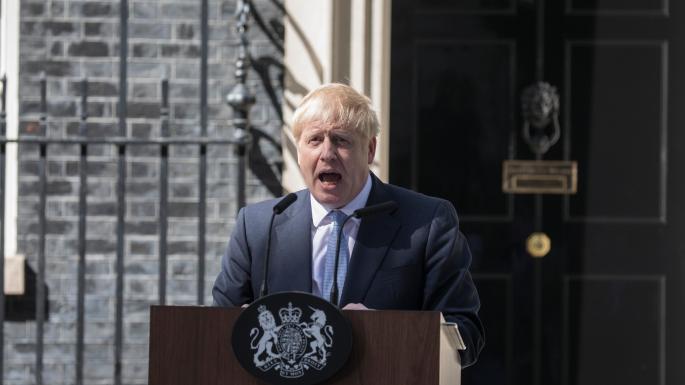 Conservative former foreign secretary Sir Malcolm Rifkind used a letter to The Times to speak out following claims that the Prime Minister could seek to stay in office even if the House of Commons brings him down in a bid to thwart a no-deal Brexit.

Members of Parliament are believed to be working on a draft to launch a vote of no confidence in Britain’s latest Prime Minister, after the UK’s last two PMs were forced out of office early in disgrace.

Mr Johnson’s top Number 10 adviser Dominic Cummings is reported to have told colleagues that the PM will refuse to quit when Conservative Remain-supporters teamed up with Labour to bring down the Government.

But Sir Malcolm warned Downing Street that such a move risked “flouting the constitution”.

“If the prime minister refused to respect the normal consequence of losing a confidence vote and if he sought to prevent both parliament and the electorate having a final say on no-deal, he would create the gravest constitutional crisis since the actions of Charles I led to the Civil War.” stated Malcom, who has declared his own support for a second Brexit referendum.

“I have great confidence that the Prime Minister will ignore the advice of Dominic Cummings. King Charles lost his head by flouting the constitution. Mr Johnson will wish to keep his, while some around him are, clearly, losing theirs.”

Dominic Cummings, the head aide to the Prime Minister was stumped by Sky News when questioned about the process of no confidence votes simply replying: “I don’t know very much about very much”.

The comments came as former attorney general Dominic Grieve – who has repeatedly clashed with Mr Cummings over Brexit – also hit out at the threat of Mr Johnson staying in Number 10 after losing a confidence vote.

He told the BBC: “To argue that if you lose a vote of no confidence you will simply sit it out and barricade yourself in Downing Street…is simply breathtaking, stupid, infantile, and it won’t work.”

The Conservative backbencher has instead talked up the idea of an anti-Brexit government of national unity taking over if Mr Johnson loses – but that idea was dismissed by Labour’s Rebecca Long-Bailey on Tuesday night.

“What we don’t want is a national unity government that gives Boris some sort of get out of jail free card, so as soon as Brexit’s been sorted out, he can sail back in without any problems at all, without a sufficient Parliamentary majority,” the Shadow Business Secretary warned.

Boris Johnson who became PM in July without an election, holds a majority of only one single seat, only granted thanks to a deal with Northern Ireland’s DUP which in itself is all but dead thanks to Theresa May backtracking on promises made.

The UK is now officially in a recession with a shrinking economy, a rapidly devaluing currency, spiralling living costs and exponentially low wages and high unemployment and homelessness on a scale never witnessed before by any living Britain.

Brits have applied for passports to other nations, mainly form the EU in their hundreds of thousands as citizens and businesses alike queue for the #Brexodus, abandoning the sinking ship.