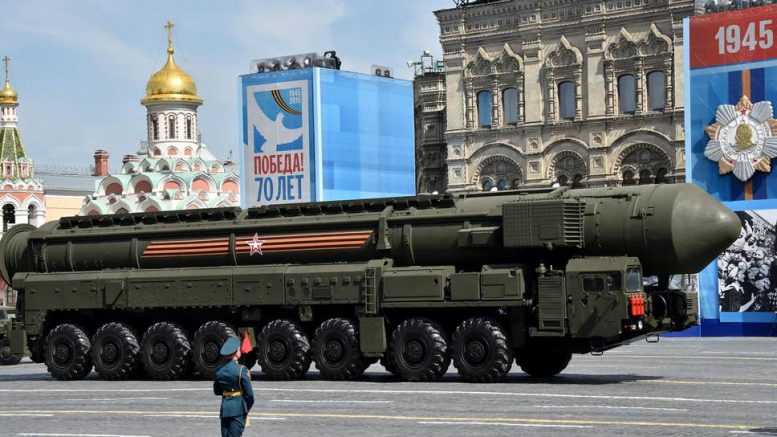 Russia nuclear monitoring stations are falling silent, worrying observers over what they might be testing

The number of Russian nuclear monitoring stations that have gone silent has doubled to four, an international arms-control official said this week, heightening concerns among observers that Russia is trying to hide evidence from an explosion at a nuclear missile-test site earlier this month.

Earlier this year Trump ended denuclearisation treaties with Russia and Iran whilst threatening North Korea with open nuclear war. This effectively left an open invitation for those nations to resume research and production of new nuclear deterrents, as Trump also threatened to do.

Those data disruptions occurred three days after two other nearby monitoring stations, at Dubna and Kirov, went silent.

“Experts continue to reach out to our collaborators in Russia to resume operations as expediently as possible,” Mr. Zerbo wrote in an email.

The revelation comes a day after the WSJ reported that two Russian monitoring stations designed to detect nuclear radiation went silent soon after the explosion.

The reduction of data limits the ability of nations outside Russia learn more about the nuclear-powered system that experts believe was being tested during the accident.

The manned monitoring stations are part of an international network of hundreds of stations set up to verify compliance with the Comprehensive Nuclear Test Ban Treaty, which prohibits nuclear-weapons tests globally. A treaty Trump has frequently vowed to break.

Participating nations, including Russia, are responsible for running the stations, which share data on a continuous basis with the Vienna-based Comprehensive Nuclear Test Ban Organization.

Though the treaty has yet to legally take effect, Russia has said it rigorously adheres to the accord.

Arms-control experts believe Russia is trying to conceal information about the nuclear technology that was involved in the 8 August 2019 accident at a test site in northwest Russia, which President Trump has guessed might have involved a nuclear-powered cruise missile.

Experts at this stage say they don’t believe the device was carrying a nuclear warhead or that Russia’s aim was to hide any clandestine nuclear-weapons test.

The plume from the explosion has been moving across Russia, according to a projection by Mr. Zerbo’s organization.

Some Western officials have speculated that this may account for Russia’s apparent decision to suspend test-ban-monitoring data transmissions from more stations.

A monitoring station that detects radiation at Ussuriysk—located in Russia’s Far East thousands of miles from the explosion—still transmits data, said Mr. Zerbo, who has declined to speculate on the reasons for the interruption.

Officials are the Russian Embassy in Washington referred questions to authorities in Moscow, who didn’t respond.

North American based researchers earlier this week published a paper suggesting that Russia has the capability to cause the extinction of humanity in their nuclear arsenal. Should the US and Russia start a nuclear war, the study shows, the likely result will be a years long nuclear winter and the extinction of most life on earth. (Read the study here)