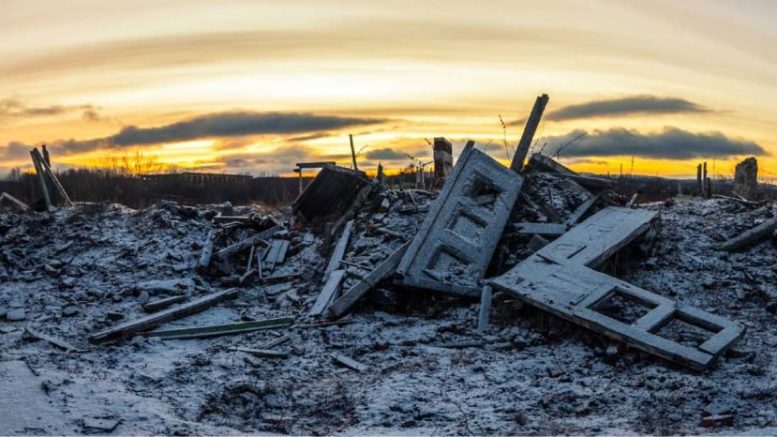 During Trump’s first two and a half years in office, the controversial far right leader has laid waste to numerous international agreements originally designed to strengthen US security, bolster US alliances, constrain US adversaries and maintain a fragile balance of world peace.

Trump’s rampage has taken a particularly sharp stick to the delicate veil that is global nuclear arms control agreements.

A team of researchers with Rutgers University, the National Center for Atmospheric Research and the University of Colorado has found that a new climate model agrees with an older climate model and adds a significant amount of additional detail. A nuclear war between the US and Russia would result in a nuclear winter and the likely extinction of human life.  They have published their findings in the Journal of Geophysical Research: Atmospheres.

Most people who lived through the nuclear age have heard of nuclear winter, in which global cooling would result from a major nuclear war.  Early fears of such an outcome have been bolstered by sophisticated computer models that showed what would happen if a large number of nuclear bombs were detonated in large urban areas. The planet would grow colder due to the huge amount of smoke generated by fires ignited by the atomic blasts—the smoke would cover the entire planet for years, blocking the sun.

In this latest research, the researchers analysed a large number of variables, such as estimated number of bombs, their strength, where they would blow up, and the amount of smoke that might be generated by each of them. In their analysis, they chose to look at the worst-case scenario, in which all of the publicly declared atomic weapons held by both countries were used in an all-out nuclear war. In such a scenario, the researchers assumed that all of the bombs would land in either the US or Russia.

This model may call itself the worse-case scenario but does not factor in the nuclear threats Trump has made against Iran and North Korea, nor nuclear powers China, India or Pakistan taking sides and joining the war on behalf of Russia or nuclear powers such as the UK, France or Israel joint on behalf of the US.

The model also does not factor in the use of Russia ‘doomsday’ nuclear war heads which are designed to be fired from high atmospheric orbit causing devastating radiation contamination. Nor the Russian sub aquatic nuclear bombs designed to cause extinction level tsunamis and earthquakes when detonated on the sea floor or directly into sub acquatic fault lines.

The new model used by the researchers is called the Community Earth System Model-Whole Atmosphere Community Climate Model—version 4. All results from the model were compared to those found with the Goddard Institute for Space Studies ModelE run back in 2007.

They further report that there were also differences in predictions—the earlier model predicted a collapse in the monsoon season and major changes to the El Niño events. The new model predicted that the worldwide smoke coverage would last longer than the older model’s results. While there were some differences in the timing, both showed the progression of smoke coverage starting in the impacted areas, spreading over the northern hemisphere, and eventually making its way to the southern hemisphere.

Neither model was designed to provide predictions of what a major nuclear war would mean for the fate of humanity, in that they only look at the effects of the explosions and smoke form the blasts and not the radiation contamination.

Past theories have suggested such a war would result in human extinction, along with most other species. More recent predictions suggest that might not be the case if you look at curly the explosions and the smoke, however in reality the radiation would be the largest killer affecting all life, animal and vegetation including contamination of drinking water and even precipitation.

The researchers with this new effort found, for example, that the amount of soot making its way into the atmosphere would be less than that released when the Chicxulub asteroid struck the planet, the asteroid that is thought to have been responsible for wiping out the dinosaurs and most, but not all, life on the planet.

The latest research suggests that the explosions and smoke alone from the war would cause the nuclear winter which would be enough to end most life on earth including humanity. Add in the effects of radiation and the question is no longer would humanity be wiped out, but would all life be wiped out on earth with no prospect of return.

The risk of nuclear war is a real one. Trump has ended anti-nuclear weapons treaties with both Iran and Russia and directly threatened North Korea with open nuclear war. It was announced by US military research in 2018 that should Russia ever retaliate to US missile strikes that Russian missiles are too fast, too high and powerful to be detected and stopped by US defences.

However the likelihood of Russia ever using their might is extremely low. Any use of such weapons would cause globally devastating radiation contamination that would last for centuries.