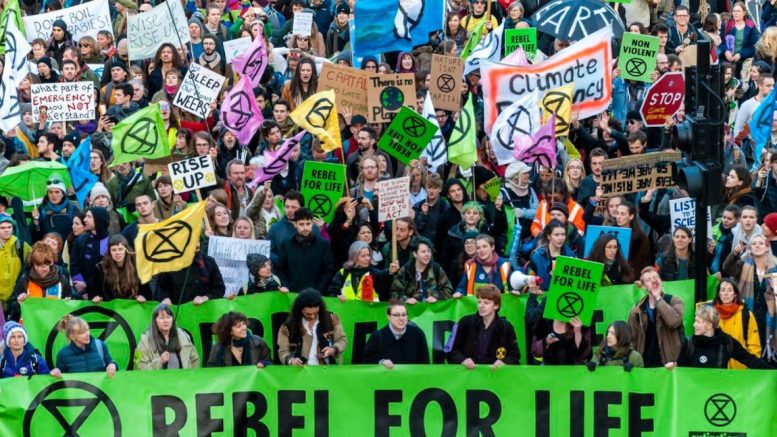 The latest wave of Extinction Rebellion protests proved one too many for the people and authorities in London.

The group has now been banned indefinitely from London and any members seeking to demonstrate in London face immediate arrest.

The group which claims to be in support of combatting climate change, made no demands and called for no specific action during a year of repeated vandalism, criminal damage, loss of jobs and chaos across the UK capital.

Blocking workers from going to work and children from going to schools, patients from going to hospital the anarchist group is much hated in the capital where they caused criminal damage to public transport, monuments, vehicles and businesses.

The group gained no support or sympathy in London where residents who were unable to attend work or hospital appointments were left confused as to what the group actually wanted.

Over their protests and vandalism throughout 2019 thousands have been arrested including celebrities. Their behaviour at times went beyond criminal anarchism and required responses from counter terror police such as when the group broken into London City Airport and climbed onto planes and trains endangering public life.

The group which also barricaded the BBC headquarters has vowed to continue their acts of anarchism and destruction despite the group banned in London.

The sea of plastic left by the so called climate protesters who leave plastic bags, tents, coats, bottles, speaker phones and partner plastic rubbish is an irony not lost on those who strongly oppose the group.

The sentiment in London is very much in support of combating climate change. But the senseless destruction and obstruction that the anarchist group causes without any actual plans of action  has done nothing but outrage one of the world’s largest cities to the point that the group is now banned in London.