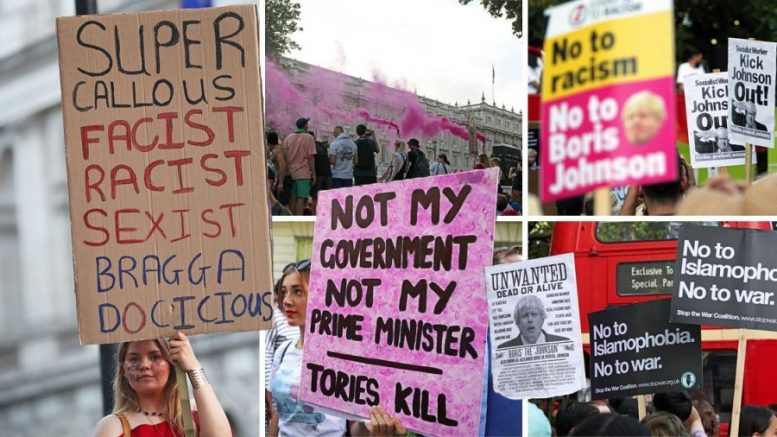 However 100 Labour MPs refused and 11 actively votes against their own leader.

One Labour MP said of Corbyn to British television’s ITV: “We’re led by a lunatic. He’s a nice but dim man who is being controlled by truly evil people.”

Other MPs speaking to British tabloids and television said:

”We are about to be shit on from a great night”

And one Labour MP told The Sun:
“Corbyn couldn’t win second prize in a beauty contest in Monopoly. He’s about to give the nastiest Tory Government ever a majority and has fallen into the biggest elephant trap since Dumbo. Labour members who still think the sun shines out of his arse are about to get shit on from a great height by voters when they knock their doors and are blinded by reality.“

Far right Nigel Farage is attempting to sign a pact with the Conservative, with Lib Dem and SNP the only two parties committed to stopping Brexit.

As anti Boris Jonson who was not elected by the British public, rage in central London one thing is certain. Brexit has made Britain less British.

Before Brexit the Union Jack reigned supreme and was the flag on all tourist souvenirs and iconic London locations.

London, Scotland and Northern Ireland voted overwhelmingly to remain in the EU. With 49% of Londoners being of non-British ethnicity.

Only England and Wales voted to leave. But England’s large population means it’s one vote vetos the votes of Scotland, Northern Ireland and London.