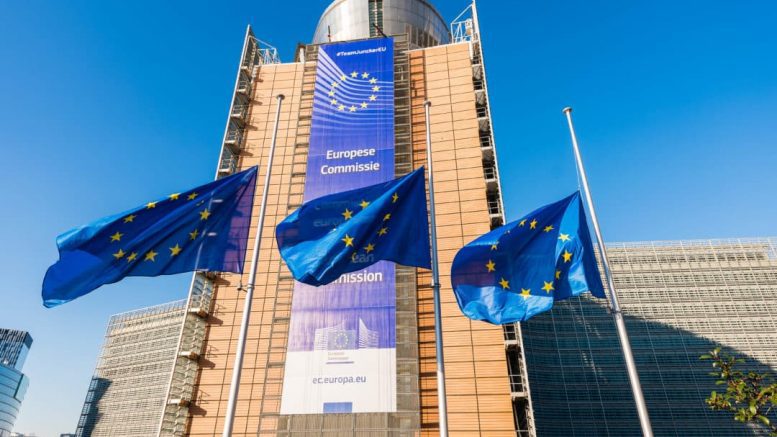 The European Commission has issued a strong warning to the UK saying:

Political disinformation is still rife on social networks in particular Facebook and Twitter where the UK political parties and private backers spend millions each month, nothing is being done to attempt to tackle it, the EU has claimed in a condemning report.

With the UK’s snap general election looking imminent the European Commission said tech giants needed to take “serious further steps” to address the issue or that they could face strong EU regulation. This may range from fines to their entire sites being blocked across all EU countries. Many Middle-Eastern countries already block many social medias sites following the 2011 Arab Springs and a spate of mob attacks and murders across South Asia in response to fake news and allegations published on social media sites and WhatsApp groups.

As a result tougher laws and outright bans were introduced to social media, instant messaging and VOI calling and video calling apps. Setting genuine personal and business users back years in technological advancement.

Many GCC countries do not allow the use of VPNs, VOIs, video calling and a wide range of other social media services including WhatsApp calling and Apple News. It is a criminal offence to attempt to circumvent the ban.

NGOs also echoed Brussels’ concerns, with some calling for the EU institutions to impose regulations.

Many search engines and social media and messaging sites and apps simply allow the highest bidder who pays the most to promote their “News” and “Events” first and foremost without any regard for its validity. We have seen high profile politicians, businessmen and members of government and royal families targeted by online fake news attacks involving high street tabloids, search engine manipulation and social media. The UK’s Prince Andrew was very publicly dragged through a long list of stories alleging serious sexual offences this year. The stories were spread via paid advertisements on social media, search engines and tabloid newspapers. The UK Royal Family formally debunked the stories in light of the online material which was never removed.

“Facebook, Google and Twitter must act on the growing demands for greater transparency,” said Catherine Stihler, chief executive of the Open Knowledge Foundation.

“The social media giants have been at the centre of a series of rows about disinformation, particularly in connection with the Brexit referendum, and that simply cannot be allowed to happen once again in the run-up to December’s UK General Election. Urgent action is required, and if the platforms don’t act, then they need to be forced to.”

She added: “The institutions of the EU must use their influence to require online platforms to provide more detailed information allowing the identification of malign actors, put pressure on Facebook, Google and Twitter to increase transparency, and encourage closer working with fact checkers to prevent the spread of disinformation.  The best way to tackle disinformation is to make information open, allowing journalists, developers and the research community to carry out analysis of disinformation operations.”

There have been concerns raised with governments in both the UK and US over their recent election and referendum results which were targeted by fake news campaigns from both internal and external adversaries.

Last week in Washington DC, Facebook CEO Mark Zuckerberg was given a roasting by US lawmakers for being unable to tell them whether blatant political disinformation would be removed from his platform. Following the incident more than 250 Facebook employees signed an open letter calling for Mr Zuckerberg to change his stance. Currently he has not agreed to remove blatant political or legal fake news. Sites such as twitter and reddit have outright policies not to remove fake news and fake allegations. In 2019 Twitter and Reddit were found to have breached multiple UK court orders to remove fake news and disinformation targeting key people in business and politics from several countries.

The UK has become the number one breading ground for this type of fake news and cyber attacks. Targeting both UK and overseas targets from governments and votes, to businesses, causes and individuals. The fake news from the UK has been directly linked to multiple murders and suicides both in and out of the UK.

Petition to STORM – Storm Area 51 petition hits 1.5 million as businesses trying to cash in blamed for encouraging dangerous stunt. Military warn they will protect the area via all means