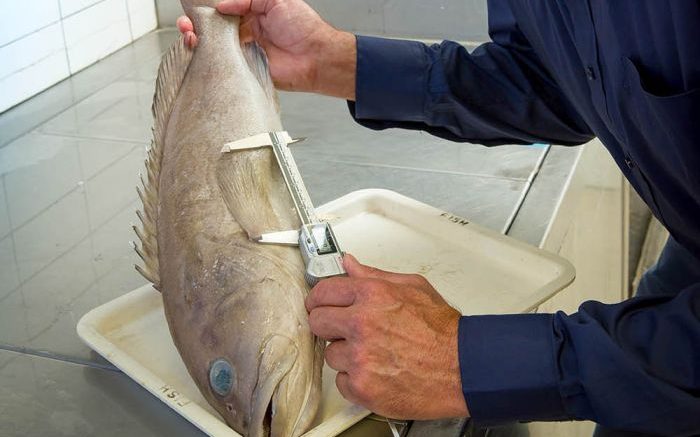 A tasty favourite dish in Australia, found to be previously unknown to science

The mystery fish being eaten and enjoyed by Australians as a local favourite, has been found to be a species unknown to science.

Being sold in Queensland, Australia the ‘tasty grouper-like’ fish was found to be a completely new species, previously unknown to science.

People in southeastern Australia, Queensland, had apparently been happily catching and eating a reportedly tasty type of grouper, without realising the somewhat unremarkable fish had never actually been officially documented by science.

The discovery was only made when Queensland Museum fish expert Jeff Johnson was contacted by a fisherman who had sent him a photo of a grouper, also known in Australia as a “rockcod”, which he had never seen before.

When Mr Johnson asked for the fisherman to send him the sample to examine, he was told the fish had already been sent to market.

So Mr Johnson decided to undertake his own detective work, and eventually he found five of the large fish for sale at a market in Brisbane’s North Lakes.

“As soon as I saw them, I thought they were probably a new species, so I purchased all five and began the hard work of formally proving they were a new species,” Mr Johnson said.

“Queensland Museum geneticist Dr Jessica Worthington Wilmer ran some tests in Queensland Museum’s molecular lab and after comparing them with other specimens in various museum collections, had enough evidence to prove it was a new species.”

In a statement, the museum said the new species, Epinephelus fuscomarginatus, can be found off the central section of the Great Barrier Reef in Queensland at depths of about 220 metres.

Johnson said he had previously been alerted to this particular fish, but had been unable to acquire the specimens required to formally identify and describe it.

“The fish reaches at least 70cm in length and has been selling in fish markets – I’ve been told they are quite tasty,” he added rather amusingly.

“The plain-looking fish, with no real distinctive markings, is typical of most other grouper species and probably explains why it has remained unnoticed and without a name for such a long time.”

Queensland Museum chief executive Dr Jim Thompson said genetic research was being increasingly used to describe new species.
“Queensland Museum is fortunate to have a molecular lab on site that our taxonomists use to assist with not only the description of new species, but research and analysis, this technology is helping taxonomists compare DNA of related species and allowing more species to be described,” Dr Thompson said.

“The discovery was yet more evidence of the great science coming out of Queensland and proof that our museums are much more than displays of static objects.”

The new species will now join 91 other species in the Epinephelus genus, which can be found around the world.

The scientific paper on Epinephelus fuscomarginatus has just been published in the zoological journal Zootaxa.

The new species has been officially named: Epinephelus fuscomarginatus