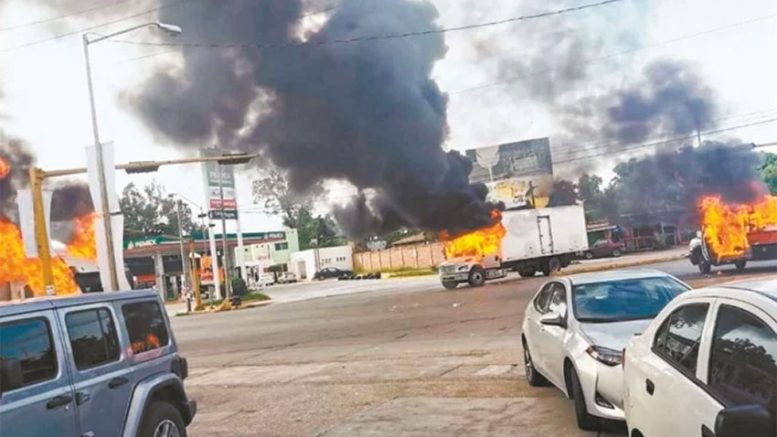 El Chapo’s son had warned the police and military not to ever attempt to arrest him or there would be consequences they would not be able to cope with.

Despite the very real warning from one of the world’s most powerful families, officers took the threat as a challenge and an opportunity for riches and fame.

Ovidio Guzman, the son of Joaquin Guzman aka “El Chapo” was released in an effort to end the blood shed that raged against the police, military and government after his arrest.

In the infamous city of Culiacan in the Sinaloa province of Mexico, the arresting officer, a 32 soldier, was publicly executed being shot 155 times as a ‘warning and leason’ to authorities to stay clear of the Sinaloa Cartel.

US and Mexican special forces who have targeted the family and cartel for years released Ovidio “in an effort to end the bloodshed” that immediately rained down upon them following his arrest.

Mexico now has an estimated 30’000 dead bodies which have been ‘abandoned’ in trucks and containers or shallow hurried at the side of roads around Sinaloa as a result of the Cartel Wars.