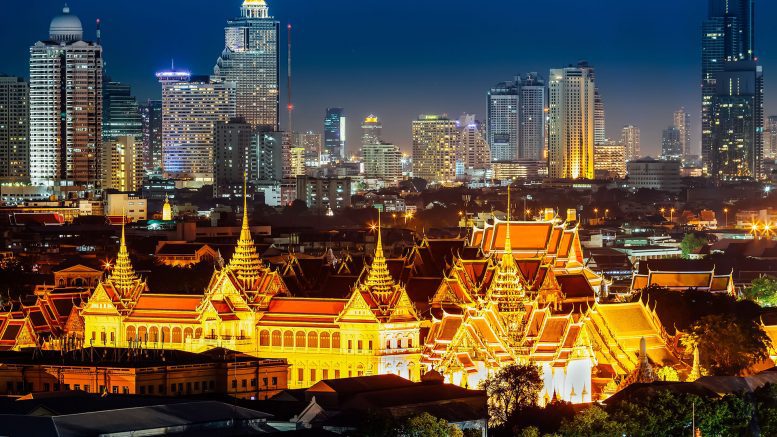 An internal flight in Thailand between the northern city of Chiang Mai and the capital Bangkok descended into chaos yesterday afternoon when a drunk tourist dripped the airplane door from its hinges.

The Airbus A320 had 86 passengers at the time and was due to fly from the north of the country to the capital, Bangkok.

The tourist suddenly ran towards the emergency exit and ripped the door from its hinges causing the emergency inflatable slide to deploy.

In total the tourist caused 600’000 Baht in damage to the airplane. The flight was delayed by 90 minutes as the blonde haired male tourist had his hands and legs cuffed by police who detained him on the scene.

Local authorities have not released the nationality of the tourist, only confirming that he was a Westerner and a tourist.

The flight affected was Thai Smile flight WE169. Which was scheduled to depart at 15:40 local time.

The airline apologised to all passengers for the delay of 90 minutes for an alternative plane to be provided.

The incident happened during the “Taxi to take off” stage where the plane starts to move along the runway prior to building up maximum speed and taking off.