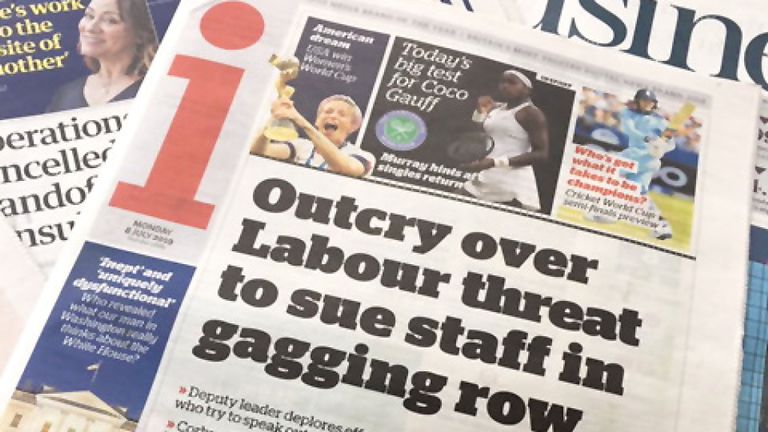 Amidst a crack down on the UK media, the newspaper ‘i’ has been sold for the fourth time in four years.

Newspaper i sold for just £49.6 million GBP to Lord Rothermere

In what is seen as the latest crack down on the industry and power grab, Lord Rothermere who already owns DMGT (the Daily Mail and General Trust) which owns tabloids such as the Daily Mail and Mail on Sunday, has purchased the i for a bargain $49.6 million GBP.

The i started as a sister publication to UK broadsheet the Independent, but has now changed hands four times in just four years.

Lord Rothermere said the purchase will be a “strong cash generator”.

Labour leader Jeremy Corbyn however attacked the take over arguing: “two billionaire press Barrons now own half of the top 10 daily newspapers.”

Following DGMT’s purchase of JPI Media (the i newspaper’s owning group), Lord Rothermere confirmed that the newspaper’s news site only attracts 300’000 daily readers whilst printing 170’000 daily print editions, making the newspaper surprisingly print heavy. However despite the relatively low readership the newspaper managed a turnover of £34 million GBP in 2018, of which £11 million was profit.

The announcement comes the day after Prime Minister Boris Johnson said if he wins the general election in December 2019, he will consider revoking the broadcasting license of state owned Channel 4, over a dispute in which he claims the broadcaster insulted him.