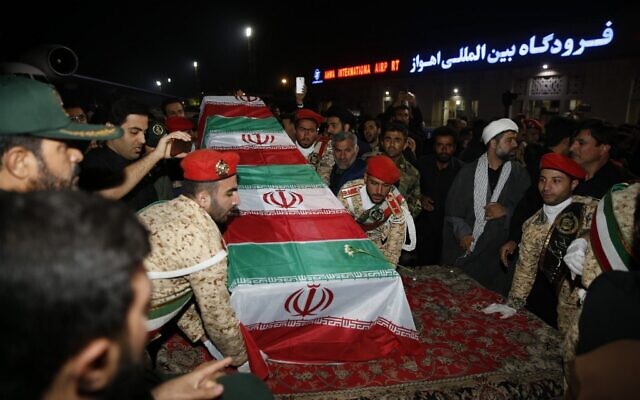 Trump today has a new legal battle – over the questionable legality of – the assassination of top Iranian general, Qassem Soleimani in Iraq.

The US killing of a top Iranian military leader, Qassem Soleimani, in an airstrike in Baghdad today is not only likely to cause massive retaliations if not a devastating war but has painful legal questions for an American government already drowning in illegal activity. Experts today disagree over whether the US had the legal authority to launch the drone strike in a targeted assassination of another nation’s military general.

The powerful Iranian commander led an elite military organisation called Sepahe Quds (the Quds Force). In recent months, the US says the group has backed an Iraqi troops that have launched attacks on US and Kurdish personnel, including Tuesday’s storming the US Embassy in Baghdad. Iran denies any affiliation between Iran and the attacks. Iraq is currently home to military bases and peace keeping forces from all around the world. Opposing peace keeping forces in Iraq and Syria often clash over opposing ideologies and ambitions. Notably the US-Kurdish-European alliance often clashes with the Turkish-Russian-Syrian-Iranian alliance.

Experts today are disagreeing on how to characterise today’s assassination.

“I think the best definition would be either one of assassination or [illegal] murder.” Says Gary Solis, a retired Marine who taught on the laws of war at West Point. Solis says what happened is comparable to Iran killing a high-ranking US military official with a bomb on US sovereign soil and is possibly a war crime or even an act of terrorism.

Assassination is prohibited by a US executive order, says Ashley Deeks, a University of Virginia law professor who focuses on the laws of war.

The official added that the administration has also explored whether there was another way to achieve their objectives of overthrowing general Soleimani, such as having him captured. However the US administration determined there was “no way” to do so, such a move would also have raised very similar legal problems.

Scott Anderson, a fellow at the Brookings Institution who served as the legal adviser for the U.S. Embassy in Baghdad during the Obama administration. He notes that in the U.S., “the legal views as to what is permitted by the law in terms of the use of military force really is pretty well-defined by the executive branch itself.”

That’s because Congress has not imposed substantive limits on the executive’s use of force and federal courts have appeared reluctant to intervene, he says.

However these arguments only address whether or not the assassination was legal or not under US domestic laws. What about international laws?

Leaders and courts from opposing countries including Iran and Iraq have not only ruled the assassination as illegal but declared the act a War Crime and Act of Terrorism.

Another complicated legal aspect of this assassination is the fact that it occurred within Iraq.

“Generally speaking, international law says that states are not supposed to use military force on each other’s territories without the consent of the host state,” Anderson notes. This clearly puts the assassination well on the wrong side of the international law as Iraqi authorities have repeatedly expelled US diplomats form Iraq and stated repeatedly that US troops are not welcome or invited in Iraq.

Iraqi leaders are responding angrily at the attack, which also killed an Iraqi official. “The assassination of an Iraqi military commander who holds an official position is considered aggression on Iraq and the liquidation of leading Iraqi figures or those from a brotherly country [Iran] on Iraqi soil is a massive breach of sovereignty,” Iraqi Prime Minister Adel Abdul-Mahdi said to a global news conference.

Iraq has already expelled US diplomats and given orders to US troops and personnel to leave Iraq immediately. 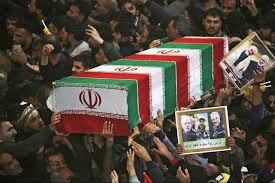