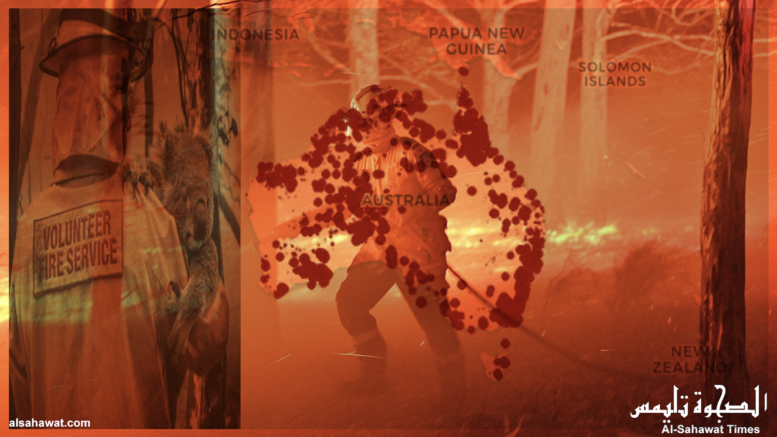 Heroic Australian firefighters used a slight drop in summer temperatures last Tuesday to strengthen containment lines around the devastating wildfires as the financial and environmental costs of the crisis come into shocking clarity.

More than 25.5 million acres of land (an area the size of South Korea) have been totally destroyed by bushfires across the country over the last two months, with the southeast particularly hard hit.

Imagery posted online from the Himawari 8 Japanese satellite and NASA’s Earth Observatory showed plumes of smoke from the fires reaching as far as South America.

The devastating bushfires are exacting a heavy human toll — at least 24 people have died since September. Wild animals have fared much worse.

The University of Sydney ecologist Chris Dickman stunned people recently with his estimate that 480 million animals have been injured or killed in Australia’s bushfires. A few weeks later, the fires have spread even farther, and he’s updated the impact to include 1 billion animals.

“The 480 million estimate was made a couple of weeks ago, and the fires have now burnt over a large area of the further country. That means over 800 million mammals, birds, and reptiles have been affected by the fires. Australia-wide, it’s probably over a billion. I think there’s nothing quite to compare with the devastation that’s going on over such a large area so quickly. It’s a monstrous event in terms of geography and the number of individual animals affected.”