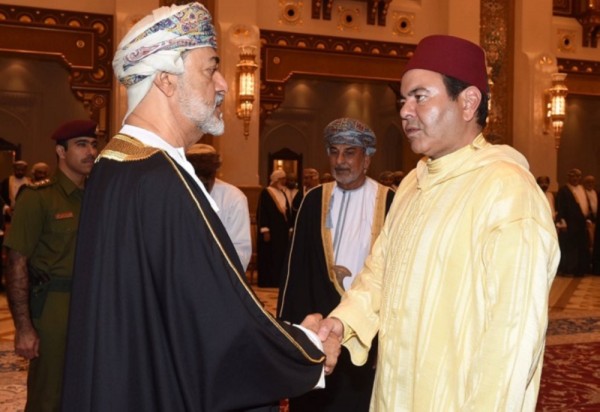 Prince of Morocco mourns the death of Sultan Qaboos

His Majesty Sultan Haitham bin Tariq bin Taimour Al Said received at Al-Alam palace today, His Highness Prince Moulay Rachid and his accompanying delegation as an envoy of His Majesty King Mohammed VI bin Hassan, King of the Kingdom of Morocco, to offer condolences on the death of the late Sultan Qaboos bin Said.