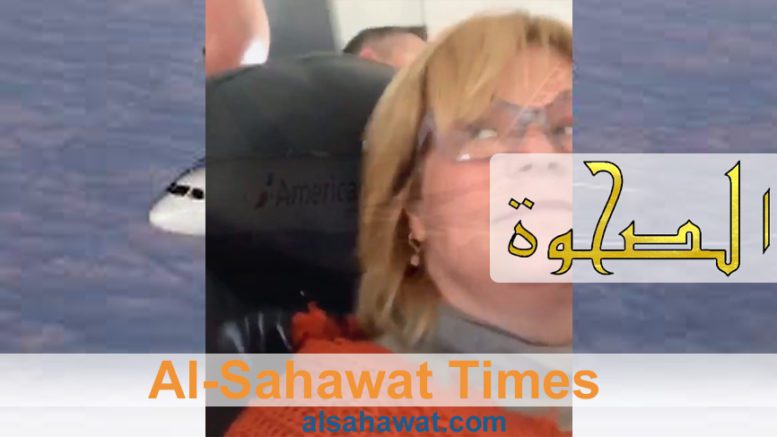 American Airlines passenger Wendi Williams filmed a male passenger in the seat behind her at the back of the plane. His seat was on the final row and not able to recline.

Ms Williams filmed the man’s frustration at her reclining her seat to the maximum extent for the entire duration of the flight.

“He asked me to put my seat up while he ate. I did. I put it back when he was finished.”

The video of the man who objected to being filmed and objected to being crushed by the seat eventually lost his cool and at the end of the flight can be seen banging his hands on the back of Ms William’s seat around half a dozen times.

Airline staff according to Ms Williams gave the male passenger a complimentary drink whilst threatening to escort Ms Williams off the plane, claims Ms Williams.

Although the social media post attracted some comments condemning the male passenger for striking the back of her seat. And some passengers suggested he could have placed his knees in the back of the seat to stop the seat from being able to recline in the first place. The majority of the comments supported the male passenger giving their own recantations of woeful long flights crushed by selfish passengers inciting on maximum recline for the flight duration.