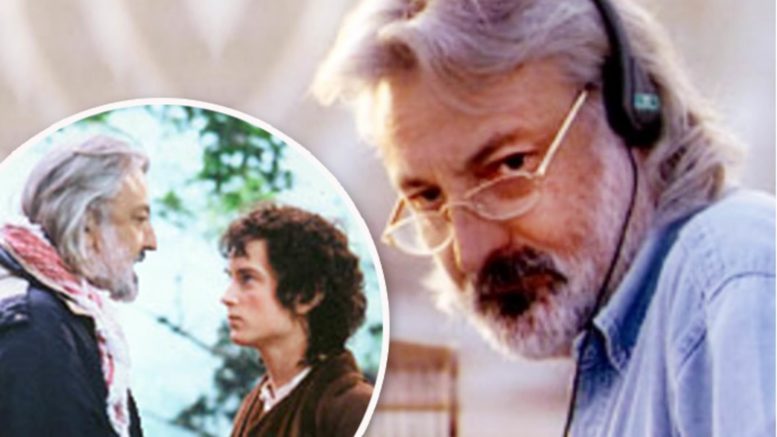 Jill McCullough, agent to the late Andrew Jack said in a press statement:

“He died this morning of Covid-19 at St Peter’s Hospital, Chertsey. Andrew lived on one the oldest working houseboats on the [River] Thames, he was fiercely independent but madly in love with his wife; also a dialect coach: Gabrielle Rogers. Tragically she is stuck in quarantine in Australia having just flown in from NZ (New Zealand) last week. She was unable to see or talk to him at the end of his life and there is a chance a funeral may not be held. Andrew was full of life – he was tall and striking with flowing white hair. You wouldn’t miss him if he walked into a room. He was still working full-pelt, currently coaching on the new Batman. I’m receiving so many messages saying how much he will be missed. Our community has lost one of it’s brightest and clearest voices.”

Jack was the supervising dialect coach for the Lord of the Rings film trilogy, teaching Tolkien’s Elvish to the cast, and worked with the likes of Robert Downey Jr, Pierce Brosnan and Cate Blanchett.

“We lost a man today. Andrew Jack was diagnosed with Coronavirus 2 days ago. He was in no pain, and he slipped away peacefully knowing that his family were all ‘with’ him. Take care out there, lovers.”

“Devastated to hear of the passing of the wonderful, talented, beloved gentleman #AndrewJack. He is one of the kindest people I’ve ever worked with. Please stay safe. Please stay home!!! #RIPAndrewJack.”

“Just had the grim moment that’s coming at us all soon: someone I know dying from COVID-19. Andrew Jack was a fantastic actor and dialect coach and a lovely man. RIP.”

Sam Neill said he was “stricken” to hear news of Jack’s death, writing:

“A lovely man Andrew, and a joy to work with.”

“An incredible man with such an incredible talent. Genuinely broken hearted to hear this. Sending love and strength to all.”

Spain’s Princess Maria Teresa became the first member of a royal family to pass away.