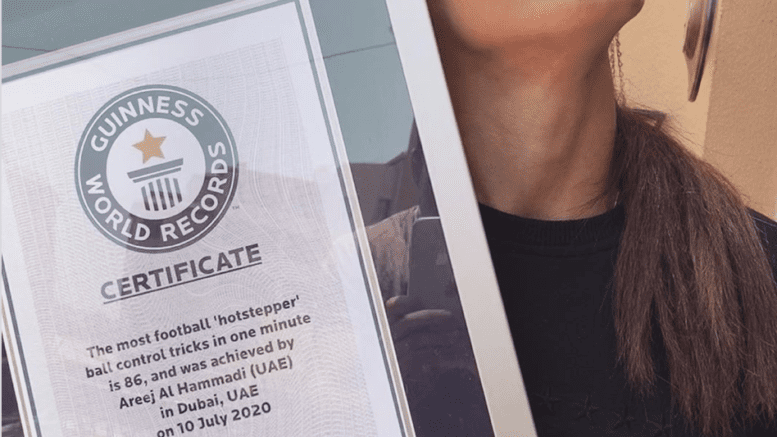 Ms Al-Hammadi from Dubai flies the UAE flag proudly, having completed an astonishing 86 repetitions of the ball control trick in 60 seconds. Smashing the previous record of 56, set in just in March 2020 in the UK.

“It’s a proud moment an achievement for me, for my name to be on there, for my country, and for women around the world. I’m really happy.”

Al-Hammadi “took the challenge… within a residential area in Mirdif, Dubai, on a concrete ground outdoors, using a FIFA approved football,” the Guinness organisation said in a statement.

“I wanted to do something special. I managed to break the record following a week of practice but wanted to raise the bar on this record title to keep it, at least for a while.” Added Al-Hammadi, who also plays for the UAE National Football Team.