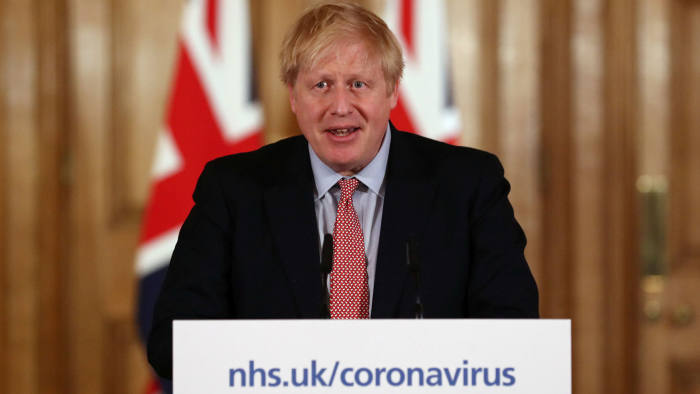 With parents, teachers and examination boards in a perpetual headache over the ever flip-flopping dates for schools reopening, this week’s press conferences have not helped. By Wednesday (27 January 2021) evening, parents in England were told that schools were likely to remain closed until the end of April with non-essential businesses remaining closed until May 2021. England has been in a full national lockdown since early January, with “stay at home” messages urged by the government.

However by early Thursday morning (28 January 2021) Brits were being told by Prime Minister Boris Johnson that their children were to remain home until after the February half term holiday and would return to school on the 8th of March.

Only a couple of hours later, Cabinet Minister, Michael Gove was forced to correct Boris’ statement, clarifying that the 8th of March date was the earliest possible date of return and not a set date.

Michael Gove was asked how “confident” he was that schools would return on March 8 during an interview on London’s LBC network.

“That, I think, is the earliest possible date on which we can see schools return. We are doing everything possible in order to ensure that we meet that date.”

“None of us can predict the future with absolute accuracy but we are planning on that basis and that is what we want to achieve.”

Asked about reports that Education Secretary Gavin Williamson was pushing in Cabinet for an earlier return, Gove added:

“We all want the earliest possible return of schools. That’s what we’ve all been working on collectively.”

It comes after Boris dashed previous ambitions of children returning after half-term, saying that they hope to start reopening from Monday, March 8.

Unions have warned that announcing “arbitrary” dates for schools had been “profoundly unhelpful” after a number of U-turns.

One examiner from an examination board for British schools said:

“It’s bullshit, he [Boris] is u-turning so much he’s doing doughnuts”

On Wednesday, Boris reiterated the need to give parents and teachers as much certainty as possible, including two weeks’ notice of the return of face-to-face teaching.

Boris told the House of Commons: “So I must inform the House that for the reasons I have outlined it will not be possible to reopen schools immediately after the February half-term.”

“Given previous experience, the announcement of arbitrary dates for schools to reopen to all pupils can be profoundly unhelpful to parents and to those working in schools. However, a clear plan for how schools will be fully reopened whenever the lockdown restrictions are lifted remains a key question which the Government must now work urgently and openly with the profession to address.”

Currently only vulnerable children and those whose parents are key workers have been allowed to attend school since the nation’s third lockdown came into force at the start of January 2021. Scotland and other devolved nations of the UK have their own lockdown restrictions and regulations.