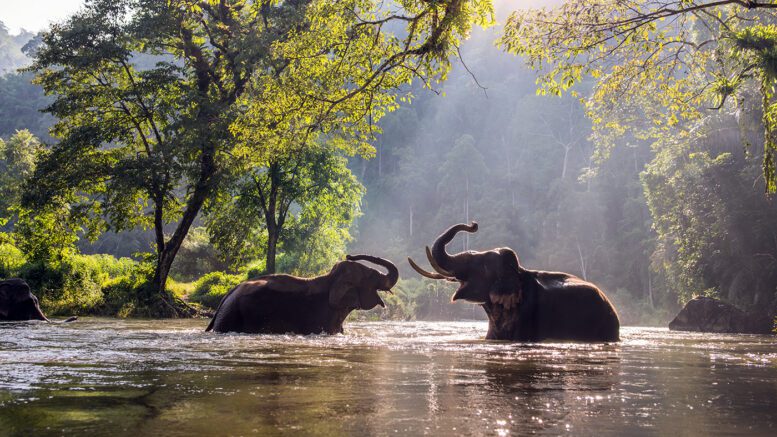 Brahmadathan, the grieving elephant whose owner died, walked under its own guidance for 15 miles to pay its last respects to its owner in a moving tribute which was watched by thousands of people online

Kunnakkad Damodaran Nair, known as Omanchetan, 74, died from cancer after caring for elephants for six decades in Kottayam, Kerala, India.

Nair had been caring for Brahmadathan since 1996.

The elephant followed Nair’s son for hours to find its way to his owner’s body outside his home. The elephant reached out its trunk towards Nair’s body offering a salute.

After a few moments, Brahmadathan retreated, but not before paying one last salute to its mahout with another trunk raise.

The sight moved the people gathered at the house to tears and was shared on social media by a user who wrote: “This is what happened when elephant Brahmadantan came to pay his respects to his mahout, Omanachettan, who passed away today.”

Nair and Brahmadathan had spent every day together for the past 25 years and villagers were said to be in awe of their special bond.

His son Rajesh, 50, said: “When Brahmadathan came to the to the funeral I couldn’t bear it. They loved each other like anything. His last wish was to see Brahmadathan. My father had been a mahout and trainer for nearly six decades and partook in various festivals to pull crowds.”

Elephants have a special bond with humans and are famed for visiting the remains of dead family members, stroking their bones or at times rocking back and forth in what resembles a vigil.

Last year an elephant rescued a man who was drowning in a river, the man was the same man whom had saved the same elephant many years earlier when the elephant was a baby.