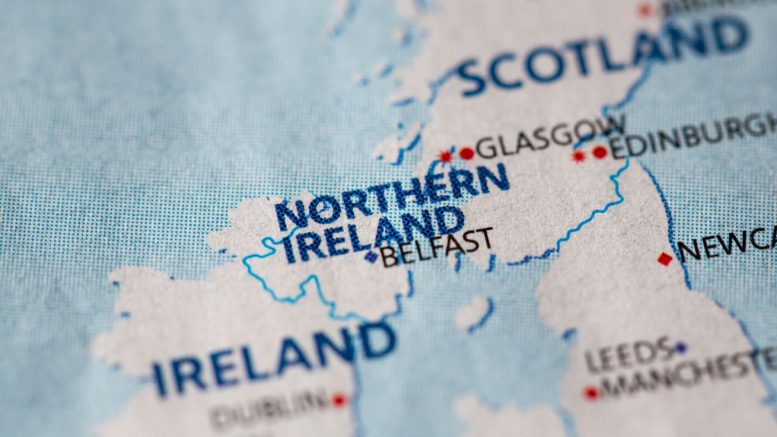 Ireland has asked the EU negotiators to help it keep the border across the island “invisible” after Brussels reaches a Brexit deal with London that will take the occupied British province of Northern Ireland out of the European Union.

During initial Brexit panic in the summer of 2016 there was talk of a reunified Ireland with the withdrawal of British occupation. This was firmly rejected by the UK.

Irish Foreign Minister Charlie Flanagan said after a meeting which the EU’s chief negotiator Michel Barnier described as “positive and constructive” that Dublin believed EU officials and leaders of other member states had a “clear understanding” of the “priorities and anxieties” of people in Ireland.

High on the list is the preservation of the 1998 peace deal in Northern Ireland and continuing to let people and goods pass uninterrupted across a frontier on the island that will become Britain’s only land border with the bloc it is leaving.

The priority is to maintain the 1998 peace deal

“We are anxious to maintain that invisibility of the border.” Flanagan told reporters.

Flanagan acknowledged that Ireland faces a “challenge of monumental proportions” in navigating the withdrawal of its only land neighbour and main trading partner from the bloc they joined together 44 years ago, but said Dublin remained firmly on the side of Britain’s 27 EU partners in the negotiations.

Flanagan added, however, that he saw no sign the others wanted “retribution” or to use Brexit to deter states from leaving.

“We would like to see a result that sees the UK having as close as possible a relationship with the European Union. We don’t subscribe to the view that punishment should be exacted on the UK, that the UK should become a whipping boy.”