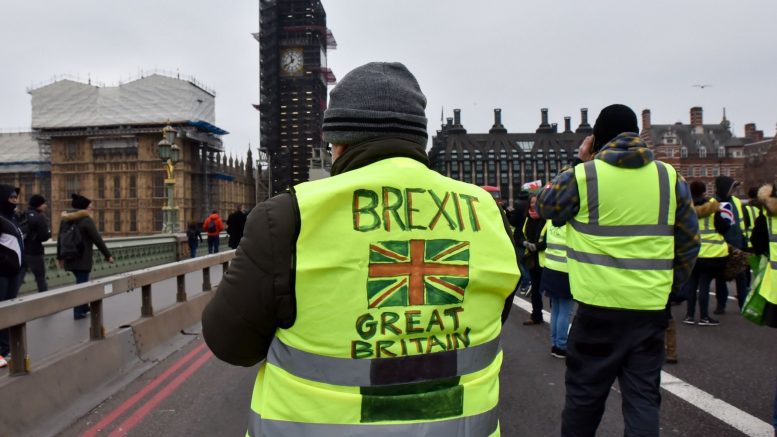 FACT BOX: UNICEF was called in to hand out emergency food rations on the streets of London during the COVID19 pandemic due to spiralling levels of child hunger and starvation. Since Brexit the UK has swung from an Aid giving nation to an Aid receiving nation also seeing a drop in life expectancy.

The UK is financially broke, battered, humiliated and struggling to stay afloat. UNICEF handing out food and water rations to starving children in London was a national disgrace.

Yet despite tax rises, massive government borrowing and international Aid, the UK’s troubles only continue to deepen.

The UK is now struggling with not only water, food and money shortages but fuel and energy shortages due to a lack of drivers thanks to Brexit removing the majority of the workforce.

The UK has also come to realise that it’s promise to stop selling petrol and diesel cars by 2030 is perhaps not possible due mainly to the fact that the UK does not produce and can not afford to import enough electricity to power electric cars.

The UK’s largest operators have been warning of fuel shortages for a long time, warnings Boris Johnson chose to ignore.

Now the lack of drivers and lack of international friends able to supply the UK, the UK is left with high cost and limited stocks of fuel.

BP has already closed a number of stations after supply was hit by a lack of HGV drivers, who are now amongst Britain’s highest paid workers, surpassing doctors, lawyers, bankers, corporate consultants and executives.

ExxonMobil’s Esso stations have also seen closures with both operators being among those warning of wide spread closures and rations.

Hoyer, one of the UK’s largest fuel logistic companies has also told the press that Shell, Esso and BP are some of their largest clients all to be affected by the shortages.

“Sticking plaster solutions are not going to solve it. Ministers must take decisive steps now to tackle the 90’000 driver shortfall.”