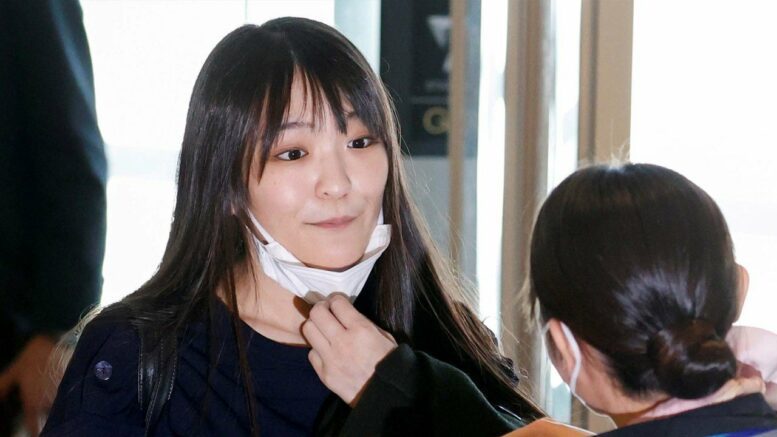 Japanese Princess, Princess Mako Komuro (Akishino), arrives in NYC after giving up everything in the name of love

FACT BOX: Princess Mako, is the daughter of Crown Prince Fumihito Akishino, the younger brother of and heir to the Emperor of Japan.

Japanese Princess, Princess Mako Komuro (Akishino), 30, was shunned from the Emperor’s family after she married a “commoner”, Kei Komuro, 30.

Princess Mako was stripped of her royal status and perks following her marriage to Ken Komuro. The newly wed couple departed for New York on Sunday after many years struggle with public scrutiny regarding their romantic relationship in Japan.

The couple have drawn comparisons with the former British Royal, Prince Harry and his Canadan actress wife, Meghan Markle, who also fled to the US after marriage.

Just like the British couple, the Komuro are now set for a new life together as ordinary citizens in the US.

Dressed in a simple but stylish, plain navy blue top and loose black trousers, Princess Mako was seen clutching her passport, just one suitcase and a handbag while entering the departure gate for her flight to New York at Tokyo’s Haneda international airport.

Seen a few steps ahead her, Mr Komuro – dressed in a green sweater and jeans – was also working through the formalities of boarding the flight to New York.

The Princess was also seen pulling her mask down for face recognition upon reaching the departure gate.

A crowd had gathered at the airport to wish farewell to the couple as their ANA flight departed from the runway. Their departure was broadcast live by all major Japanese broadcasters, despite large numbers of the of the population remaining severely critical of their relationship.

The couple were met with a string of obstacles when they first announced their plans to get married nearly four years ago.

Mr Komuro, a Fordham University law school graduate, has already secured a career at a US law firm. The Princess will also start her new career at a law firm in Manhattan.

The success of the couple securing respectable professional careers in law has drawn stark contract to British coupe Harry and Meghan Markle, who have made their careers in the US as talk show guests and making celebrity appearances whilst receiving financial assistance from the British Royal Family.

Princess Mako is the first royal to reject all formal offerings: the exile payment, leaving ceremony and royal wedding rituals which also include a multi million dollar financial gift.

Shortly after they registered their marriage in Tokyo last month without any royal pomp or ceremony, the couple addressed a press conference where Mr Komuro said he loves Mako.

“I want to live the only life I have with the person I love,” Mr Komuro said.

Princess Mako said of her new husband: “He is someone I cannot do without. Marriage is that decision needed for us to live on, staying true to our hearts.”

Princess Mako is not the first Japanese princess to marry a ‘commoner’ and leave the royal household, but she is the first to have received such piercingly critical publicity for her decision, which received particular scrutiny after reports emerged of a financial dispute involving Mr Komuro’s mother. The family say this has now been resolved.

Palace doctors say that the struggle to marry Mr Komuro and the sensationalist media coverage around the episode has left the princess with post-traumatic stress disorder (PTSD), a disorder usually associated with war and torture survivers.

The humility and dignified manner in which the couple have handled the press and self made new lives in the US that the couple have created for themselves has earned the couple much support around the world. 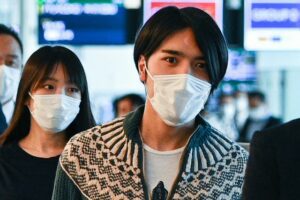