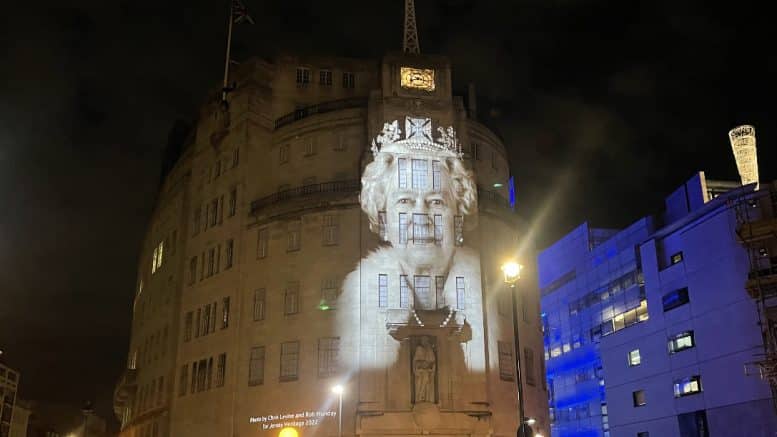 The monarch, who was not only the Queen and head of state for the UK but for 15 realms, including Australia and Canada, died peacefully on Thursday afternoon at her Scottish estate, where she had spent much of the summer.

The Queen came to the throne in 1952 and witnessed enormous social change, the end of the British Empire and cultural, climate and technological changes arguably greater than any other period of human history.

Her son King Charles III said the death of his beloved mother was a “moment of great sadness” for him and his family and that her loss would be “deeply felt” around the world. Adding: “We mourn profoundly the passing of a cherished sovereign and a much-loved mother. I know her loss will be deeply felt throughout the country, the realms and the Commonwealth, and by countless people around the world.”

During the coming 10 day period of mourning, he said he and his family would be “comforted and sustained by our knowledge of the respect and deep affection in which the Queen was so widely held”.

The King and his wife, Camilla, now Queen Consort, will return to London on Friday, Buckingham Palace said. He is expected to address the nation.

Senior royals had gathered at Balmoral after the Queen’s doctors became concerned about her health earlier in the day.

All the Queen’s children travelled to Balmoral, near Aberdeen, after doctors placed the Queen under medical supervision.

Her grandson and now heir to the throne, Prince William, and his brother, Prince Harry, also gathered there.

Newly appointed Prime Minister Liz Truss and other senior members of parliament were passed notes during a parliamentary session to inform them of the Queen’s passing. The politicians left parliament and operation London Bridge was initiated.

Operation London Bridge is a long established protocol, which the Queen herself helped to create, which outlines every detail of events to take place in the event of her passing.

London will now see the largest security operation in history with over ten thousand specialist police flown in from as car as the Caribbean and Falklands (Las Malvinas). The military, royal guards, police and Security Services (name for combined forces of MI5, MI6, GCHQ, NCSC, NCA and other high level national security agencies) will be heavily present throughout London in coming days. Anti-monarchy protests are not going to be tolerated with Security Services warning of significant numbers of arrests and heavy prosecutions for anyone disrupting the period of morning.

Queues to See the Queen laying in wait are expected to be several days in length with mourners, both civilians and world leaders flying into the UK in large numbers in the coming days.