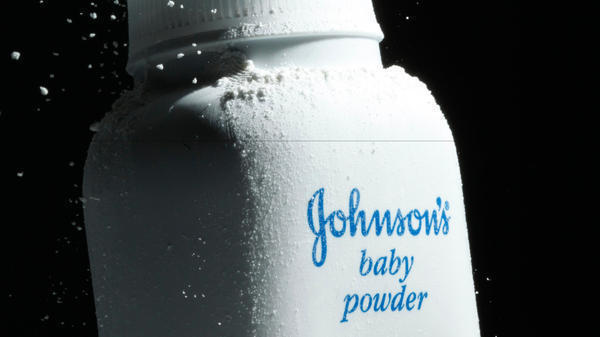 The California jury’s decision marks the largest ever award in a string of lawsuits that claim the firm did not adequately warn about cancer risks from talc-based products.

A spokeswoman for Johnson & Johnson defended the products’ safety.

The firm plans to appeal, as it has in previous cases.

“We will appeal today’s verdict because we are guided by the science.” Carol Goodrich, spokesperson for Johnson & Johnson Consumer Inc, said in a press statement.

“The evidence around any link between talc use and cancer is inconclusive.”

Johnson & Johnson, headquartered in New Jersey, USA, faces thousands of claims from women who say they developed cancer due to using the firm’s products to address intimate hygiene.

Johnson & Johnson has lost four of five previous cases tried before juries in Missouri, which have led to more than $300m in penalties.

The California lawsuit was brought by Eva Echeverria, a 63-year-old woman who said she started using baby powder when she was 11 years old. She was diagnosed with ovarian cancer 10 years ago; the diagnosis is terminal, according to lawyers working on the case.

The lawsuit alleged that the company was aware of cancer risk associated with talcum powder, but concealed that information from the public.

The verdict included $70 m in compensatory damages to Echeverria and $347 m in punitive damages.

The payout is a record for a non-class-action case by an individual with no prior legal background. If Johnson and Johnson fail to overturn the ruling at appeals as they have with many previous cases the ruling could potentially open the company up to eye watering class-actions. Johnson & Johnson’s shares are significantly down at this current time. (-2.4% compared to this time last month)

There have been concerns for years that using talcum powder, particularly on the genitals, may increase the risk of ovarian cancer.

The scientific evidence is not conclusive either for or against the links to cancer many studies suggest. The International Agency for Research on Cancer classifies talc used on the genitals as “possibly carcinogenic” because of the mixed evidence.

Why is there any debate?

It has been linked to a cancer risk in some studies, but there are concerns that the research may be biased as they often rely on people remembering how much talc they used years ago. Other studies have argued there is no link at all and there is no link between talc in contraceptives such as diaphragms and condoms (which would be close to the ovaries) and cancer.

Also there does not seem to be a “dose-response” for talc, unlike with known carcinogens like tobacco where the more you smoke, the greater the risk of lung cancer.

What should women do?

The charity Ovacome says there is no definitive evidence and that the worst-case scenario is that using talc increases the risk of cancer by a third.

Ovacome adds: “Ovarian cancer is a rare disease, and increasing a small risk by a third still gives a small risk. So even if talc does increase the risk slightly, very few women who use talc will ever get ovarian cancer.”

Campaigners however have pointed out that those who used the product before the removal of asbestos in the 1970s are very clearly at a much greater risk as asbestos is a very well known carcinogen.