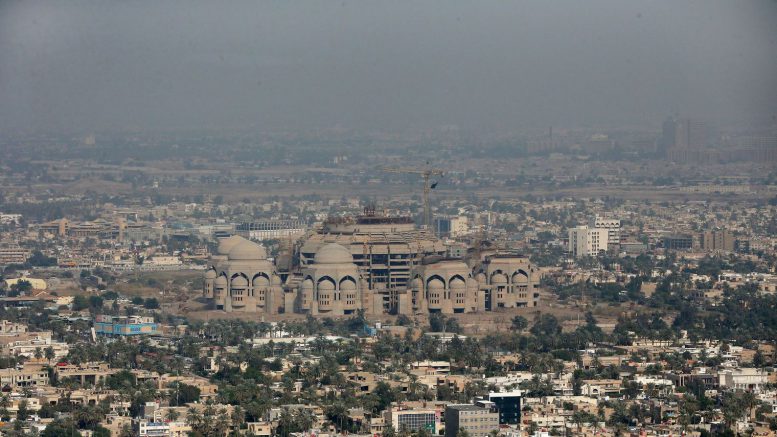 Donald Trump is pushing for a long-term deployment of US ground forces in Iraq in what could amount to a ‘repeal’ of his predecessor Barak Obama’s decision to end the American occupation of the country in 2011.

Washington and Baghdad are already in talks to keep American troops in Iraq after the fight against Daesh (aka Da’ish) in the country is concluded, US and Iraqi officials told the press sources in Iraq’s parliament say talks are proceeding without the legislature’s knowledge, in what would amount to an illegal invasion and occupation of Iraq.

According to AP, the officials underlined that the discussions are ongoing and that nothing is finalised, however the Iraqi legislative is being left out of the loop.

On Friday, however, Iraq’s prime minister, reacting to the reports, claimed no US combat troops would stay in Iraq after the fight against Daesh is concluded.

Abadi, partially confirming the reports, claimed the American troops would be ‘advisers’ who will help Iraq’s security forces maintain “full readiness” for any “future security challenges.” The US government is yet to issue an official comment.

Abadi’s denials are the result of pressure from pro-Iranian factions opposed to permanent US presence in Iraq, an official in the Iraqi government, speaking on condition of anonymity because he is not authorised to comment, told The New Arab via telephone.

Russia, Iran and Turkey forms such a powerful allegence last year which cut the US out of peace talks and military campaigns in Syria. Iraq has been under growing pressure to adopt this new ally and move away from what many in the region see as the aggressor and cause of the instability in the Middle-East.

There already have been undeclared inscreases in the number of US troops deployed to Iraq, with circa 500 new soldiers posted to Anbar and Nineveh provinces, Iraqi offocials have told The New Arab.

The additional forces came from bases in Kuwait, a high-ranking general told confirmed via telephone, asking not to be named.

“In the beginning, we thought the postings were a routine rotation…but it has now been confirmed that they are additional forces,” he said, adding that most of the soldiers were sent to outposts south of Mosul and Haditha dam in Anbar province.

Al-Sahawat Times | Number one from the Middle East

The general said the deployment is approved by the prime minister, but that political pressures have forced the government to keep a tight lid on the news.

Iraqi lawmakers say they have not been consulted.
“The American side must deal with official channels in the central government regarding increasing the number of foreign troops in Iraq,” MP Majed al-Gharawi told reporters, vowing that the Security and Defence Committee would seek a meeting with the prime minister to discuss the reports.

“The new US president’s decision to send more US troops to bases in Iraq is tantamount to re-occupation,” he added.

According to AP, the talks point to a consensus by both governments that, in contrast to the US withdrawal in 2011, a longer-term presence of American troops in Iraq is desired by the USA.

“There is a general understanding on both sides that it would be in the long-term interests of each to have that continued presence. So as for agreement, yes, we both understand it would be mutually beneficial.” A US official told the agency. Although many in power in Iraq disagree that their permission has been sought or even that the decision was declared.

The talks apparently involve US Secretary of Defence Jim Mattis and Iraqi officials over “what the long-term US presence would look like,” the American official said, adding that discussions were in early stages and “nothing has been finalised.”

US forces in Iraq would be stationed inside existing Iraqi bases in at least five locations in the Mosul area and along Iraq’s border with Syria, the Iraqi government official said.

They would continue to be technically designated as advisers to dodge the need for parliamentary approval for their presence, he said. Although US ‘advisors’ have a history of armed engagement in the region.

The Iraqi source added that Abadi is looking to install a “modest” Iraqi military presence in Mosul after the fight against Daesh and Kurdish separatist is concluded along with a small number of US forces.

The forces would help control security in the city and oversee the transition to a political administration of Mosul, he said.

The US official emphasised that there were no discussions of creating independent American bases in Iraq, as such a move would require thousands more personnel. He said the troops levels would be “several thousand … similar to what we have now, maybe a little more.”

Currently, the Pentagon has close to 7’000 US troops officially in Iraq, however many hundreds of not thousands more not publicly acknowledged because they are on temporary duty or under specific personnel rules. The forces include troops training Iraqi forces, coordinating airstrikes and ground operations, and special forces operating on the front lines. The figures do not include automated or remote drone strike personnel.

The news comes as Iraqi forces are struggling to push Daesh fighters out of a cluster of neighbourhoods in western Mosul that mark the last patch of significant urban terrain the group holds in Iraq, nearly three years after the militants overran nearly a third of the country with Kurdish separatists overrunning large swaves of northern Iraq backed by US troops.

The talks over a longer-term US presence has greatly concerned Iran and the Russia, Iran, Turkey alliance.

Iran in turn is increasing support to some of Iraq’s Shia militia forces, said Jafar al-Husseini, a representative from Kataib Hezbollah, an Iraqi Shia militia group with close ties to Iran.

International observers fear the USA is being drawn into proxy wars against Russia in Syria and Iran in Iraq. Wars that militarily and in terms of propaganda the US stands little hope of winning.

Abadi has long struggled to balance Iraq’s dependence on both the US and Iran. Both countries are key security and economic partners for Iraq, yet are often at odds with each other when it comes to regional politics and security in the greater Middle East. The UK and USA invaded Iraq in 2003 assassinating the President live on television. Former UK Prime Minister Tony Blair is allegedly wanted for war crimes in both Iraq and Bosnia, with UK politicians such as George Galloway calling for his arrest and trial at The Hague.