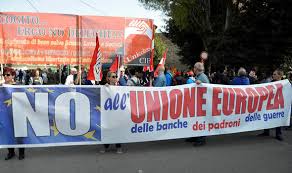 Italy’s Euro break up shut down by EU 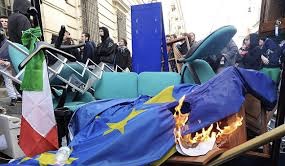 Italy is one of the five founding members of the EU and Europe’s third largest economy. They country is however highly localised, ask an Italian where they are from and the chances are you will hear their city then their region not Italy or the EU.

It said there was only one legal currency within the euro zone.

“There are no exceptions to this rule,” a Commision spokesman said, replying to a request for a comment on the proposal.

Berlusconi, who leads the center-right Forza Italia party, indicated his support for the introduction of a parallel currency in Italy in a newspaper interview over the weekend.

The proposal highlights concerns about broader anti-euro sentiment in Italy, the euro zone’s third biggest economy, as it heads into elections due by May next year.

Italy has two major parties that are critical of the euro and European Union, the 5-Star Movement and Lega Nord. Any combination with Forza Italia could create a parliamentary majority.

On Tuesday Italian government bond yields shook to further the gap with German peers to a five-week high, with analysts citing the proposal as the cause of the mass sell-off.