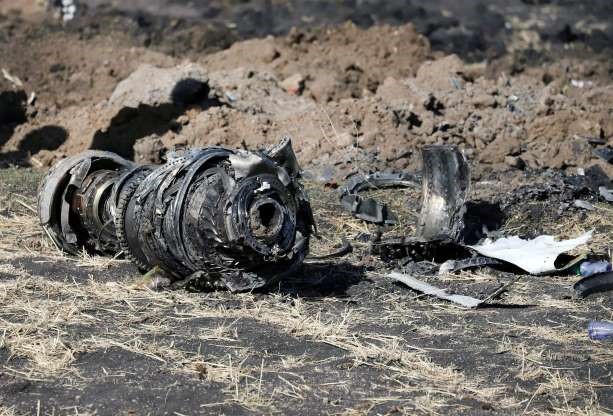 Air regulators told international carriers that Boeing 737 Max 8 was airworthy, but only if they mandate forthcoming design changes to the aircraft from Boeing by April

The US owned model 737 Max 8 aircraft has been involved in two major fatal crashes since October, each killing everyone onboard and airlines using the short-haul passenger jet have been inundated with questions from concerned passengers since Sunday, when an Ethiopian Airlines 737 Max 8 crashed and all 157 people onboard died.

Immediately following the Ethiopia crash, nations around the world were quick to indefinitely ground all model 737 Max 8 aircraft pending a full investigation.

The announcement came as one of Brazil’s biggest airlines, GOL, said it would become the latest to ground all of its Max 8 jets, and Aero México suspended use of its aircraft, echoing a similar move by China, Cayman Airways and African carrier Comair. Argentina’s Association of Airline Pilots too has ordered its members not to fly the Max series.

European countries including the UK were quick to ground their crafts. However not by legal mandate. They instead gave the private carrier companies free rein over the choice to continue use or not, with a significant number of companies opting for continued use.

GOL said it had confidence in Boeing and that its Max 8 aircraft had made 2,933 flights, totalling more than 12,700 hours, “in total safety and efficiency”.

The problem started when for commercial reasons Boeing had to keep up with the competition by releasing new and ‘exciting’ models with constantly improved fuel efficiency. The trade off comes with the balance of ease of use (as little new training required as possible) and new features and auto pilot and efficiency modes.

UK’s BBC Radio 4 this week interviewed several commercial pilots who claimed that they were not made aware of many new features and when they ran into extreme turbulence found themselves battling against automated programs they didn’t know existed and were not trained on. The radio show went on to complain that automation should assist the pilots and never cause a battle or reliance on the systems.

A full investigation is currently underway into the crashes and at this stage there is no formal suggestion that such systems were to blame. To date, no formal cause or theory has been made public.

In a notice, the US Federal Aviation Administration said it planned to legally require design changes by Boeing no later than April 2019. Boeing is working to complete “flight control system enhancements, which provide reduced reliance on procedures associated with required pilot memory items”, the FAA said.

The FAA also said Boeing “plans to update training requirements and flight crew manuals to go with the design change” to an automated protection system called the Manoeuvring Characteristics Augmentation System or MCAS. The changes also include MCAS activation and angle of attack signal enhancements.

The FAA said in the notice that external reports were drawing similarities between the crash in Ethiopia and the earlier fatal crash off the coast of Indonesia that killed all 189 onboard.

Boeing shares were predicted to fall at the open on Wall Street after the crash of a 737 Max 8 plane in Ethiopia that killed all 157 people aboard.

Like the previous accident, which involved a Lion Air flight that crashed 13 minutes after take-off, pilots had reported problems with the plane and requested permission to make an emergency landing before losing contact with ground control.

The US transportation secretary, Elaine Chao, said regulators would not hesitate to act if they found a safety issue. Should Boeing not meet the April deadline to comply with the new legal requirements then the aircraft series could be consigned to the history books.

The long term problem however should Boeing meet the deadlines as they are predicting ted to do, is that of loss of confidence. Both pilots and passengers as well as actual carriers themselves would not be blamed for being hesitant to fly the 737 Max 8 model or Max series.

Boeing’s top executive told employees on Monday he was confident in the safety of the US manufacturer’s top-selling 737 Max aircraft.

Boeing is reported to have planned similar changes for several months prior to the Ethiopia crash, following an investigation in to the Lion Air crash. Which does beg the question, if Boeing really does put safety before profits, then why on earth was the aircraft not grounded until the updates were made? This admission from Boeing opens the possibility of significant law suits from the families of those affected by the crashes.

Alarm over the safety of the Boeing 737 Max 8 is leading to passengers demanding the right to know which type of aircraft they will be taking – and the right to cancel based on that.

Passengers worldwide are asking for reassurances on the safety of the planes, with the South African carrier Com Air deciding to ground its 737 Max fleet after being bombarded with customer complaints.

The concerns arose as Chinese and Indonesian aviation regulators and several other operators, including Ethiopian Airlines and Cayman Airways, have grounded the Boeing model.

Western aviation safety bodies have so far declined to follow China’s lead and order operators such as American and United to ground the jet. Instead leaving it up to the individual carriers to decide. However most of Europe’s major carriers have grounded their 737 Max series planes.

The FAA said it was “monitoring developments” and would help Ethiopian authorities investigate the crash.

The flight was destined to touch down the short hall flight in Kenya.

The UK’s Civil Aviation Authority said just five of the jets were operated in the UK, with a sixth due to enter service this week.

The European air safety body EASA said it “will immediately publish any further information as the necessary information is available”.

Some airlines using the 737 Max have also have made statements expressing their confidence in the plane’s airworthiness.

An Ethiopian Airlines Boeing 737, on its way from Addis Ababa, Ethiopia, to Nairobi, Kenya, crashed on March 10, 2019, shortly after taking off. The plane, which went down near Bishoftu, southeast of Addis Ababa, was carrying 149 passengers and eight crew members on board. The airline has said that there are no survivors. Ethiopian state media reported that the “black box” flight recorder has been found.

“At this time there are no facts on the cause of the accident other than news reports,” American Airlines said. “We have full confidence in the aircraft and our crew members, who are the best and most experienced in the industry.” The airline added it would continue to monitor the investigation into the crash.

Similarly, Southwest said it did not plan to change its operational policies or procedures. “We remain confident in the safety and airworthiness of our fleet of more than 750 Boeing aircraft,” the airline said.

Norwegians said it would continue to operate its 18 737 Max 8 planes as normal.

Icelandair, which operates three Boeing 737 Max aircraft said it was “not taking any action following recent events, but we will, however, follow any developments closely”.

For passengers who do not want to fly on a 737 Max, the simplest solution is to avoid airlines that fly it.

Typically, airlines indicate the aircraft type in use in any particular market, or on any particular flight and some, like Delta, use the type of plane – say a “flagship” Airbus A350 – as marketing tools to attract travellers. Websites such as seatguru.com show the configuration of planes, but airlines do not offer passengers any ability to route travel according to the plane being used.

According to John Cox, the founder and chief executive of Safety Operating Systems, if an airline makes an unscheduled change to the aircraft, then passengers have the right to fee-free change or refund.
“It’s not 100% clear, but if you were at the airport and there were other flights not on a Max, a customer is likely to be accommodated asking to switch to another flight even though it’s not clearly provided for in published rules,” Cox said.

With Europe insisting on continued use of the 737 Max 8 in manly locations, passengers can ask their carriers if they carry the aircraft. This should enable the passengers to select an airline that does not carry the craft should they wish to avoid flying on the Max series. European countries have as yet no imposed a legal ban on the craft and carriers are within their legal right to continue operation of the crafts.