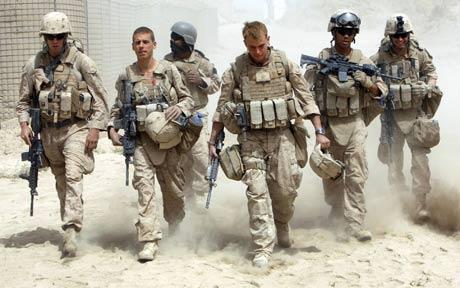 US Surrenders in Iraq withdrawing all but emergency staff

The US has ordered a partial, but immediate withdrawal of State Department employees from Iraq over apparent fears of an imminent Iranian attack. Fears close US allies form the EU including the UK Ministry of defence called false and unfounded.

Europe’s diametrically opposed stance over the alleged threats from Iran lead observers to conclude that either the US is looking to spark a new war in Iran or they are conceding ,litany defeat in Iraq after 16 years of conflict.

Early on Wednesday morning, the State Department announced it would remove non-emergency employees from the US Embassy in Baghdad and the consulate in Erbil, a city in northern Iraq. That means some full-time diplomats must now leave the country, which will temporarily bring consular and other services to a halt. Other employees who are vital to everyday functions of the mission, like the cooking staff, will remain for now.

The US has been withdrawing troops for several years now instead arming and training local “rebels” to fight and die for them, a way to reduce accountability over civilian casualties and reduce the number of US fatalities.

The “ability to provide routine and emergency services to US citizens in Iraq is extremely limited,” the State Department said in a statement, adding that the threat of “terrorism, kidnapping, and armed conflict” proved too great for most Americans to remain in Iraq for now.

That tracks with what the Trump administration has said in recent days. On May 5, National Security Adviser John Bolton announced that the US had obtained credible intelligence that Iran planned attacks on US personnel in the Middle East. In order to ensure the diplomats’ safety, then, it appears the US wants to get personnel out of harm’s way — which seems like a prudent move.

Again, the EU and in particular the head of the UK’s Ministry of Defence called the US intelligence claims coming from Trump, untrue at best.

Secretary of State Mike Pompeo also made a surprise visit to Baghdad on May 7 to discuss the intelligence with Iraqi officials.

But there’s a complication: It’s unclear how real the risk actually is. A top British military official, non other than the newly appointed head of the Ministry of Defence, told Pentagon reporters this week that the threats weren’t extraordinary, new or even real. Some now say the Trump administration has inflated the severity of the intelligence.

Which means that an important US mission in Iraq may be partially emptied based on exaggerated intelligence, in an effort to simply apply global pressure on Iran and try to coerce allies into another illegal war, this time against powerful Iran.

Concerns over the recent intelligence reports led the Trump administration to send an aircraft carrier, missile batteries, and bomber planes to the Middle East last week. Iran, meanwhile, announced that it will stop abiding by parts of the 2015 Iran nuclear deal — which the US fully withdrew from last year — potentially putting it back on the path to obtaining a large and sophisticated nuclear arsenal.

This week, multiple oil tankers traveling through a key waterway bordering Iran said they were sabotaged. If ships can’t pass through that area safely, it could greatly disrupt the flow of trade — and oil — in the world. The US has strongly insinuated that Iran is to blame, a charge Tehran adamantly denies.

Should the US disrupt trade and free, safe passage the Gulf it could potentially threaten ties with the wealthy and powerful GCC nations who the US likes to keep on side.

What’s more, the New York Times reported on Monday that the Trump administration is already planning for military options in case of war with Iran. The most eye-popping plan to date is the idea of sending 120’000 troops to the region, not enough to invade the country outright but enough to launch devastating attacks.

President Donald Trump denies the report, saying on Tuesday that “we have not planned for that. Hopefully we don’t have to plan for that.”

Removing US diplomats is wise if there’s a serious threat to them. But the prudent move, in this climate, only signals there may be more to worry about.