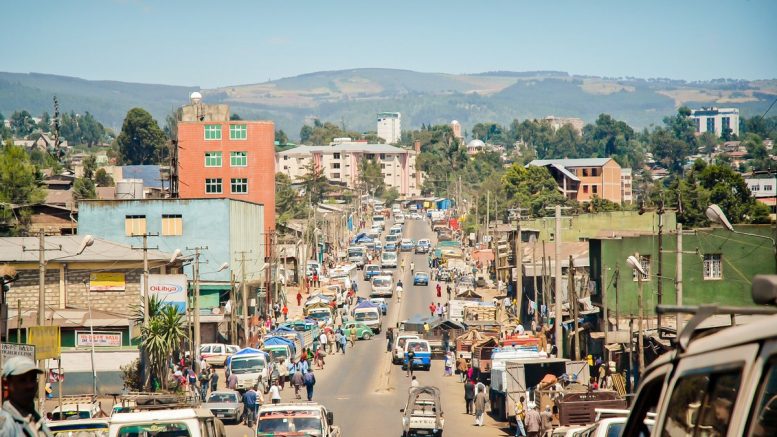 The chief of staff of the Ethiopian army, Gen Seare Mekonnen, has been shot dead by his own bodyguard in the capital, Addis Ababa

The chief of staff of the Ethiopian army, Gen Seare Mekonnen, has been shot dead by his own bodyguard in the capital, Addis Ababa.

He and another officer died trying to prevent a coup attempt against the administration in Ethiopia’s northern Amhara region, PM Abiy Ahmed said.

In Amhara itself, regional governor Ambachew Mekonnen was killed along with an adviser.

The government says the situation is under control after arrests were made.

The prime minister has gone on TV to urge Ethiopians to unite in the face of “evil” forces set on dividing the country.

Ethnic violence has hit Amhara and other parts of Ethiopia in recent years.

Africa’s oldest independent country, Ethiopia is also the continent’s second most populous (after Nigeria), with 102.5 million inhabitants from more than 80 different ethnic groups.

A transfer hub for long-haul air travel, it has one of the fastest-growing economies in the world, but a vast number of young Ethiopians are without work.

What do we know about the attacks?

Gen Seare was killed on Saturday evening at his residence along with another general, Gezai Abera, by the bodyguard who is now in custody.

The prime minister’s government says it has reason to think the attack was linked to the assassination of the governor of Amhara a few hours earlier in the region’s capital, Bahir Dar.

Mr Ambachew was killed at a meeting in his office along with his senior adviser, Ezez Wasie, while the region’s attorney general was wounded.

Lake Ayalew has now been appointed as the region’s acting governor.

The prime minister’s office accused Amhara’s regional security chief, Brig-Gen Asaminew Tsige, of plotting the coup attempt. It is unclear whether he has been arrested.

Many of those involved in the coup attempt are under arrest and operations are in progress to detain others, the PM’s press office said.

“The coup attempt in Amhara regional state is against the constitution and is intended to scupper the hard-won peace of the region,” it added.

“This illegal attempt should be condemned by all Ethiopians and the federal government has full capacity to overpower this armed group.”

The mayor of Addis Ababa, Takele Uma, has said life will resume as normal on Monday and he called on the city’s public employees to go to work as usual.

Safety and security would be maintained in the capital, he promised.

These are tumultuous time for Ethiopia and Prime Minister Abiy, who is already facing increased ethnic tensions.

Chief of staff Seare Mekonnen had only served as head of the military for a year having being appointed by Mr Abiy, who made sweeping changes in the security apparatus when he took office last April.

It is clear there is still significant opposition within the military opposed to the PM’s style of leadership.
The killing of Amhara’s governor is also a big blow for Mr Abiy, who is credited with installing Ambachew Mekonnen in office.

He was a key ally in Amhara, which is itself facing security problems and clamour from some groups for greater autonomy from the central government.

The first general election since Mr Abiy came to power is supposed to be held next year, but it is very hard to see how this will go ahead in a country that is highly polarised. The atmosphere is just too toxic.

Why is Amhara so important?

The homeland of the Amhara ethnic group is the country’s second most populous region and has given Ethiopia its state language, Amharic.

Violence between the Amhara and Gumuz ethnic groups left dozens of people dead last month in Amhara and its neighbouring region, Benishangul Gumuz.

Another issue the prime minister is having to grapple with is unrest within the military.

In October, he said hundreds of soldiers who marched to his office to demand a pay rise had wanted to kill him.

Mr Abiy survived a grenade attack at a rally a year ago which killed two people and left more than 100 injured.

Who is the alleged organiser of the coup attempt?

Asaminew Tsige was among a group of high-ranking military officers released from prison early last year when the previous government moved to free political detainees in response to public pressure.

The general had been in custody for nine years for allegedly plotting a coup.

According to Reuters news agency, Amhara’s top officials had convened Saturday’s meeting to discuss open attempts by the general to recruit ethnic militias.

Gen Asaminew openly advised the Amhara people this month to arm themselves, in a video spread on social media.

It was not immediately clear on Sunday if the general was among those arrested.