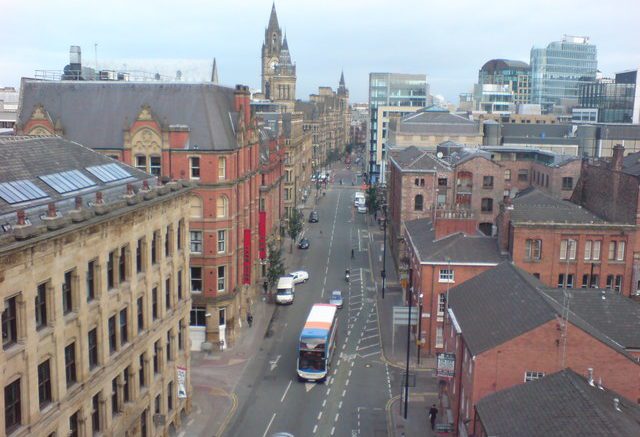 A man in the UK has been jailed for a minimum of 30 years for date raping 195 heterosexual men.

A man in the UK has been jailed for life with a minimum term of 30 years for drugging with GHB and raping 195 heterosexual men in Manchester city centre.

The 36 year old rapist who was already serving a 20 year sentence for two previous rape conviction has now been jailed for life with a minimum term of 30 years following the latest trial and evidence.

The 36 year old post graduate student filmed himself committing the atrocities on his phone. He was caught when one of his victims woke up mid-attack and fought him off taking his phone as evidence straight to the police. Where it was discovered he has filmed himself drugging and raping at least 195 men.

The rapist lived in an apartment between two night clubs on Princess Street in Manchester. From his window he observed targets, typically loan drunk males in their late teen and early twenties. He would rush down to befriend them offering them a place to sleep for the night, drinks or other amenities he detected they required.

Fifth Avenue and Factory night clubs in Princess Road were the night clubs that the attacker stalked for his victims.

Once in his apartment he drugged the victims with GHB and whilst unconscious filmed himself raping the men. He often kept momentums from his victims such as photographs, wallets, watches or clothing.

He pleaded not guilty and the jury were made to watch the videos of the attacks.

Many of the victims have yet to inform their families or friends of their ordeals and many are yet to accept Manchester Police’s offer of specialist counselling.

The attacker attempted to claim that the attacks were congenital role play. However Judge Suzanne Goddard QC pointed out that in several videos the unconscious men can be hear snoring and are clearly not able to give consent of any type.

GHB is often referred to as liquid ecstasy and can easily be fatal if overdosed. A risk that the attacker was willing to take on strangers where the maximum dosage could not be easily calculated.

In the latest of his three separate trials the attacker was found guilty of 159 offences including 136 counts of rape, 13 counts of sexual assault, 8 counts of attempted rape and 2 counts of assault by penetration.

The case is a new and disturbing record in UK court history.