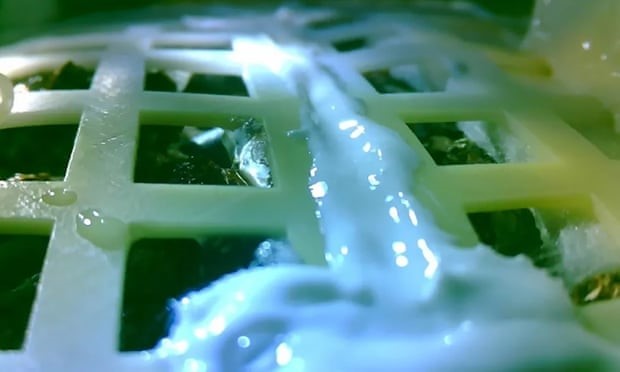 The appearance of a single green leaf hinted at a future in which astronauts would grow their own food in space, potentially setting up residence at outposts on the moon or other planets. Now, barely after it had sprouted, the cotton plant on board China’s lunar rover has died.

Until China’s Lunar lander 4 this year, no manner or unmanned lander had ever successfully landed on the far side of the Moon.

China upped the stakes when they planted, and SUCCESSFULLY grew cotton plants on the far side of the Moon!

The plants however relied on sunlight at the moon’s surface, which although obscured from Earth’s view, is basked in high radiation sun light unfiltered by an atmosphere.

As the lunar night arrived temperatures plunged to -170C. (No wind chill)

The coldest ever recorded temperature on Earth was -98C on the Antartic Plateau in the winter of 2018. (Not including wind chill)

The Lunar night is 14 Earth days long and a constant extreme cold high in radiation. The Chinese cotton plants did not survive. The hope and excitement of this world first has not died.

Prof Xie Gengxin of Chongqing University, who led the design of the experiment, said its short lifespan had been anticipated. “Life in the canister would not survive the lunar night” Xie said.

The Chang’e-4 solar powered probe entered “sleep mode” as the first lunar night after the probe’s landing fell. Night-time on the moon lasts for approximately two weeks, after which the probe would wake up again. Its rover, Yutu-2, has also been required to take a midday nap to avoid overheating while the sun was directly overhead and temperatures could reach more than 120C. Unlike Earth, the moon has no atmosphere to buffer extreme temperature variations or extreme solar radiation.

The plants and seeds would gradually decompose in the totally enclosed canister, and would not affect the lunar environment, according to the China National Space Administration.

Although astronauts have cultivated plants on the International Space Station, this was the first time any have grown on the moon.

“We had no such experience before. And we could not simulate the lunar environment, such as microgravity and intense cosmic radiation, on earth,” Xie said.

The experiment also included potato seeds, yeast and Arabidopsis, or rockcress, a small, flowering plant of the mustard family, but none of these showed signs of having sprouted.

Fruit fly eggs were also placed in the canister. The hope was that a micro-ecosystem would form, in which the plants would provide oxygen to the fruit flies, which would feed on the yeast and produce the carbon dioxide required for photosynthesis.

The space agency did not confirm whether the fruit fly eggs had hatched.
“Fruit flies are relatively lazy animals. They might not come out,” Xie told the Chinese news website, Inkstone, If they failed to hatch, they have probably now missed their window of opportunity.