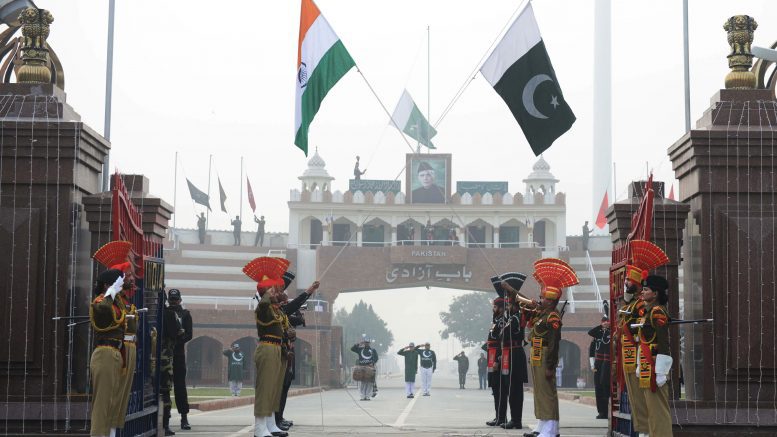 Scientists often use computer modelling to run millions of scenarios to discover the best, worst and most likely outcomes of natural disasters and wars. It is what helps governments around the world prepare for, cooperate on and avoid potential extinction level events.

Earlier this year scientists ran the outcomes for a war between the US and Russia at the height of Trump’s trade and diplomatic wars with China, Russia, Korea and Iran. It did not bode well. (Read more…)

Yet the recent and increasingly tense stand off in Kashmir between India and Pakistan seems to have gone largely dismissed.

Kashmir is a disputed region claimed in part or entirely by; China, India, Pakistan and Kashmiri independence groups. A small section in the north is occupied by China and the rest is divided between India and Pakistan in a very tense state of affairs.

Since the partition of India and Pakistan into two nations they have both races to become militarily very powerful. The two nuclear powers are two of the world’s largest military forces with India being the world’s largest nation by population (1.4 b) ahead of China (1.39 b) . 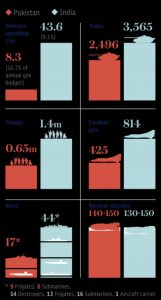 If the neighbours attacked each other with a significant proportion (not all) of their growing nuclear arsenals, 125 million would die instantly from the blast and firestorms which would rage through cities. The fires would send huge quantities of smoke into the atmosphere, devastating agriculture as it blocked sunlight and cut temperatures, leading to a decade long nuclear winter.

Escalating tension between the countries because of their rivalry over Kashmir has this year underlined the threat of war between the nuclear-armed states.

They have previously fought two wars over the disputed Himalayan territory since the partition of India into India, Pakistan and Bangladesh in 1947. India and Pakistan fought in air clashes over the region as recently as  February 2019.

“India and Pakistan are of special concern because of a long history of military clashes including serious recent ones, lack of progress in resolving territorial issues, densely populated urban areas, and ongoing rapid expansion of their respective nuclear arsenals,” according to a paper in the journal Science Advances.

The potential conflict is often overshadowed and the greatest military threat to humanity by the US and Donald Trump’s potential wars with Russia or North Korea.

Researchers formulated the computer model based on a possible scenario set in 2025 where militants attack India’s parliament, killing most of its leaders. New Delhi is then assumed to retaliates by sending tanks into the part of Kashmir controlled by Pakistan. Fearing it will be overrun, Islamabad hits the invading forces with its battlefield nuclear weapons, triggering a nuclear war.

In this modelled scenario calculating different outcomes according to whether the rivals use their smallest or largest nuclear weapons, and the number used the researchers estimated around 125 million people could die on the first day, and nuclear-ignited fires would spread smoke across the world within weeks. Causing a global nuclear winter.

Surface sunlight could fall by 35 per cent, cooling the global surface by 5C and reducing rain and snow by 30 per cent. Recovery would take more than 10 years, during which time humanity would be brought close to extinction.

Agriculture would fall by 30 per cent on land, threatening mass starvation and additional worldwide collateral fatalities.

Global civil unrest or even war is likely to follow the mass starvations as nations fight over food and water supplies. These auxiliary wars may be enough to finish off what’s left of the human species.

“Unfortunately it’s timely because India and Pakistan remain in conflict over Kashmir, and every month or so you can read about people dying along the border,” said Alan Robock, a professor in environmental sciences at Rutgers University, who co-authored the paper.

In 2019 computer models of wars between Russia and USA, India and Pakistan, USA and China and USA and North Korea all showed that they would result in the extinction or near extinction of the human species.

Exact figures are difficult to verify as many nations have an incentive to either over or understate the size of their stockpile or the range of their missile capabilities either for national security reasons or legal restrictions. Based on public records and verified test launches the following is a close approximation of nuclear powered military might.