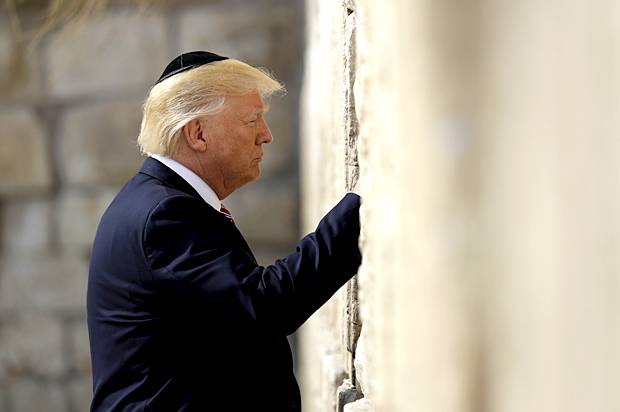 It’s no secret Trump is unpopular in the White House and the UN.

The UN and White House have repeatedly warned of Nuclear war sign Iran and North Korea over Trump’s behaviour, even stripping him of some Presidential powers. (Read More…)

Although the US has long backed Israel and supported illegal military action in the Middle East, it is Trump that has taken it to dangerous new heights. In recent days Trump who has debts of over half a billion dollars to UNESCO, left the charotable organisation supporting water aid, environmental issues, science and education citing “it is not in Israel’s best interests”. (Read More…)

Trump has also recently sought to undo anNiclear deal woth Iran formed by Obama’s, in which Iran agrees not to create new Nuclear weapons in exchange for the lifitig of economic sanctions.

Trump has again cited Israel’s intereata for trying to revoke the deal with Iran.

Yet it is Trump’s interference in Iraq and his loss of influence in the Middle East that has the White House  worried the most.

US has not been invited to peace talks in the region for a significant time now with Russia, Iran and Turkey stepping forward as the new superpowers casting the US into obscurity.

With Trump potentially destroying the Iranian Nuclear deal, the US and Kurds could be risking a fight with yet another large, Nuclear power.