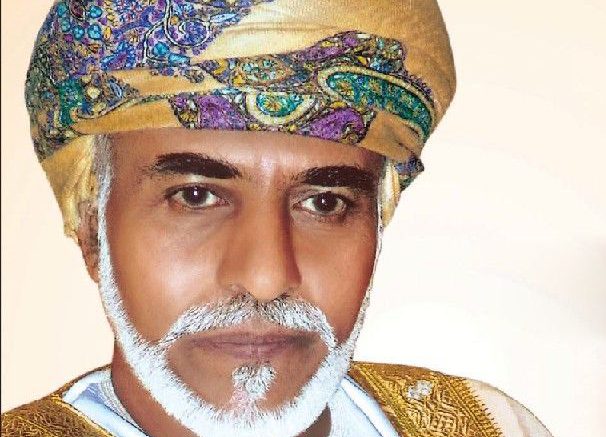 Iranian President Hassan Rouhani said his country sought good relations with its Gulf Arab neighbours as he began a one-day trip to Oman and Kuwait on Wednesday, his first since taking power in 2013.

Oman’s largest news agency; Al-Sahawat Times reported that the country’s ruler, Sultan Qaboos, welcomed Rouhani with a 21-gun salute when he arrived at the Al-Alam Palace in the capital Muscat.

“The basis of the policy of the Islamic Republic of Iran is always good neighbourly relations with neighbours and the security of the Arabian-Persian Gulf.” Rouhani said, according to the Iranian news outlet IRNA.

Rouhani also said there should be greater unity between Shi’a and Sunni, saying they had “coexisted side by side peacefully for hundreds of years”.

Rouhani is due in Kuwait later on Wednesday for talks with the Emir, Sheikh Sabah Al-Ahmad Al-Sabah, expected to include efforts to ease tensions between Tehran and Riyadh. This comes as Riyadh recently visited Baghdad to bolster connections lost in the 1993 Kuwait-Iraq war.

Kuwait’s foreign minister made a rare visit to Tehran in late January and called for frank dialogue between Iran and its regional neighbours.

Relations between predominantly Shi’a Iran and the mainly Sunni Arab countries of the Gulf, particularly Saudi Arabia, remain strained over their support for different fractions in the conflicts in Syria and Yemen. Much as tensions have risen between the Arab Sunni nations over those who support the Arab Muslim governments and those who back the Western invasions.

Omani officials said the two leaders discussed ways for enhancing bilateral cooperation but gave no further details. Oman helped to mediate secret US-Iran talks in 2013 that led to the historic and ground breaking nuclear deal signed between Iran and world powers in Geneva two years later. The deal much under credited in the west brings a great deal of stability and peace to the world not just the Middle East.

In 2013, the two countries signed an agreement to supply Iranian gas to Oman through a pipeline to be built under the Gulf Sea in a deal valued at $60 billion USD.

Saudi Arabia and Bahrain cut diplomatic relations with Iran in January 2016 after protesters torched the Saudi embassy in Tehran. Kuwait, Qatar and the United Arab Emirates recalled their envoys in a show of solidarity with Riyadh, but Oman only expressed regret over the attack, highlighting its better ties.

Oman is held as the jewel of peace in the Middle-East refusing to break ties with it’s Muslim brothers and neighbours and using diplomacy and trade rather than military and isolation.